Mosquito found in a barn

Day 3 of Three-Wheeler Week at Maximum Mini and with another rare find. Once more it was found by Stewart Adeline O'Neil, who also came up with yesterday's mystery Mini based three-wheeler (here). This one is not quite so mysterious though - it's a Mosquito!
And it's a Mosquito known, too, as this particular car was featured in MiniWorld magazine in 1993 as well as in Chris Rees' three-wheeler book. Frenchman Damien Lescroart keeps the register for these vehicles and had 'Q228 FDD' as one of a few unknown cars in his list. See it here. I'm sure Damien will be pleased to see it's another survivor. Let's hope it will be saved soon. 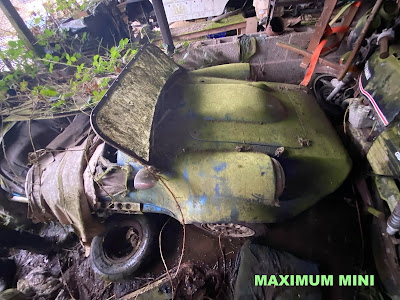 More green than blue, but that really is a Mosquito under there!
Picture Stewart Adeline O'Neil 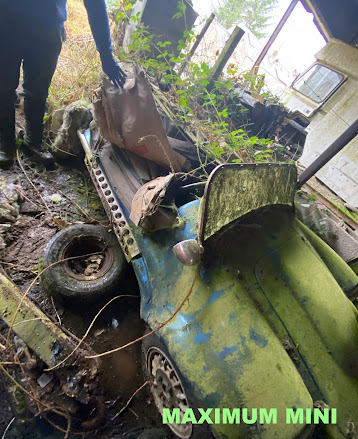 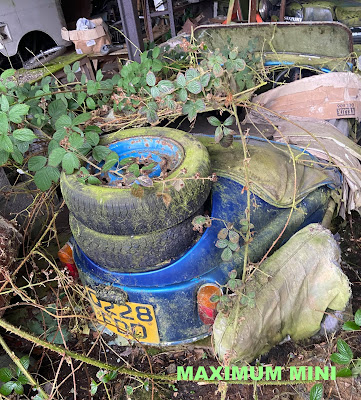 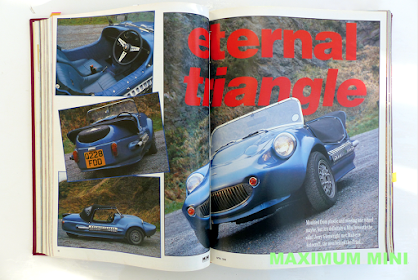 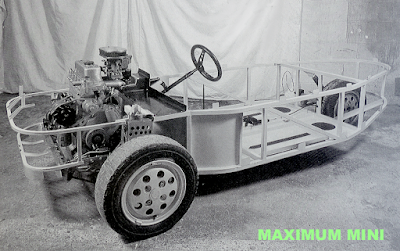