A rare Ranger Cub 4 has just made it to the market. While the three-wheeled Ranger Cub proved to be a hit for a short time in the mid-1970s, the four-wheeler version wasn't. Just four of them were sold and it seems that this one was never built. It's an empty shell which will need all the necessary Mini parts to turn it into a car. It's for sale in Sunderland, north-east England.

Remarkably, two other Ranger Cub 4 have been seen for sale in the last few years. There was another empty shell, also black, in 2014 (see here - it's not the same is it?), while a red car turned up in 2016 (see here). There was also the black car built by John J. Thomas and registered '524 NOA' that was used for some promotional pictures also. The red car may have been the one shown at the London Speed Show in 1975? Bot Cub4s can be seen in the pictures below.

UPDATE 17:30: The two black shells are the same after all, or so I have been told by two different readers. Thank you chaps! 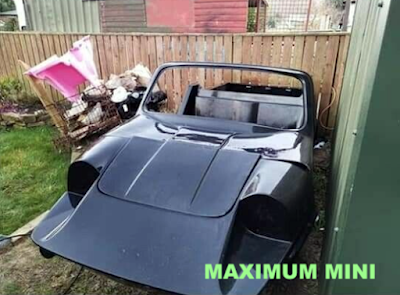 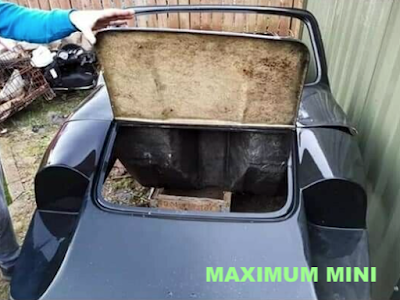 No engine, no suspension, no mechanicals whatsoever. It's never been built
Picture Ebay 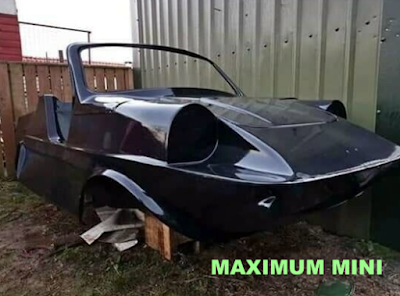 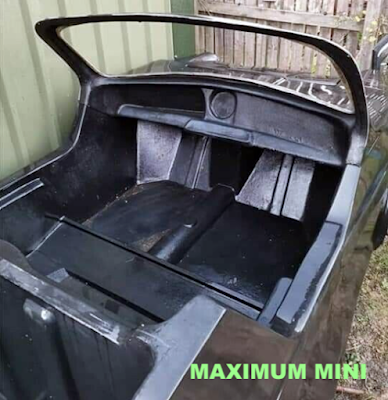 Brand new shell! Building it up will need plenty of drilling and a donor Mini
Picture Ebay 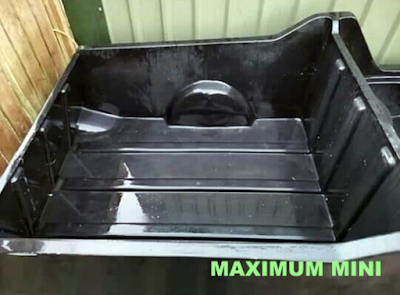 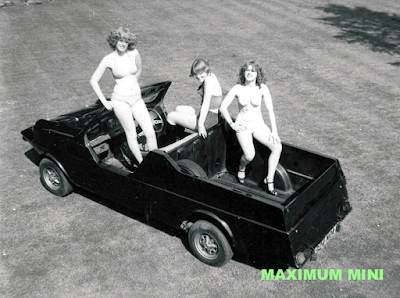 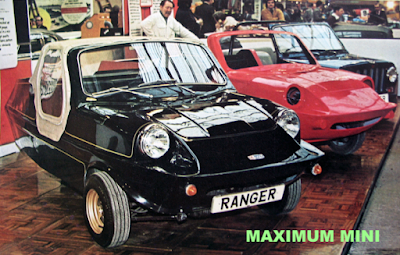