Look what was sent to me! Another page from the old Belgian comic / motoring magazine Starter, which used to be so richly illustrated by the artist Jidéhem. I wrote about it before as some Mini based had made it to the magazine's motoring reports in the 1960s (Mini Jem, Ogle SX1000 and Quasar Unipower - click here). Somehow I'd missed out on the Zagato Mini Gatto, which was featured also in 1961. A great favourite car here and one I still regret not having bought many years ago. Thank you very much Frank Lannoye! 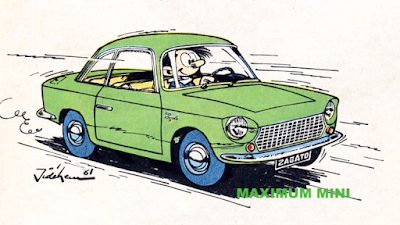 Spirou behind the wheel of the Zagato Mini Gatto as drawn by Jidéhem
Picture Jidéhem, via Frank Lannoye 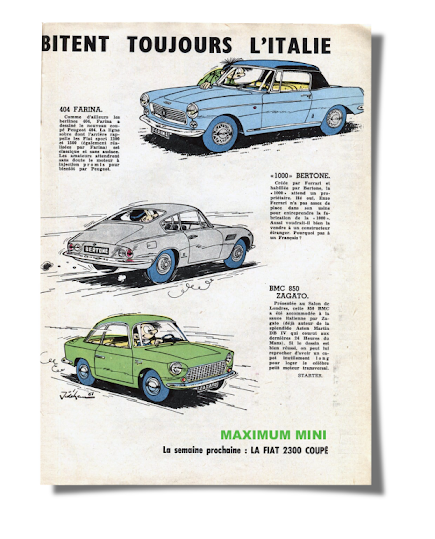 It's named BMC 850 Zagato here. "While the design is well carried out, it can be accused for having an unusually long bonnet to house the famous small transverse engine"
Picture Jidéhem, via Frank Lannoye
Geplaatst door Maximum Mini op 13:07