Quite a few Mini Marcoses and Mini Jems have found their way over to France in the last couple of years. Well, another truckload made it over to there!
Roger Garland, the fantastic club secretary and treasurer of the Mini Marcos Owner's Club, wrote to me about a car transporter that had been spotted in Cumbria back in May of this year, but he added: "Photos not for publication please, here is a car transporter with an amazing collection of vehicles - including a Mini Bug - all on their way from the UK to France."
I've asked Roger again if I could publish the pictures now, which was okay. And what a stash it is. There are 10 cars / shells on the transporter and I believe they are:
4 x Mini Marcos Mk2 or Mk3
2 x Mini Jem Mk2
1 x Mini Jem Mk3 unused shell
1 x Stimson Mini Bug
1 x Falcon Mk2 shell
1 x Lotus Elan shell
I only recognized the red Mini Jem on top at the back and the black one in the middle, with the first being the car that famously stood in a Suffolk front garden for ages - more here and the black one a car that was advertised on Ebay in October last year. But the rest of them..? You may recognize others perhaps? And what's more: who took them on and what's the idea? Where did they end up..?
Roger added: "It is perhaps no coincidence that with so many cars / shells leaving the UK (which they have done for years) when 'the world's largest kit car show' comes around we can muster just three vehicles on the club stand."
UPDATE 24 September: Mike Brown writes: "The Mk3 Mini Jem shell is one I had. He contacted me claiming he wanted one for racing (unfortunately this was before I found out who he was). I'm still annoyed I got conned and it's leaving the country. Don't get me wrong I've no problem with genuine buyers from the UK or elsewhere. It's just the ones that are profiteering out of it." Thanks for that! Picture of the car at Mike's place added below.

A car transporter on its way from the UK to France, loaded with Mini based sports cars
Picture courtesy Roger Garland 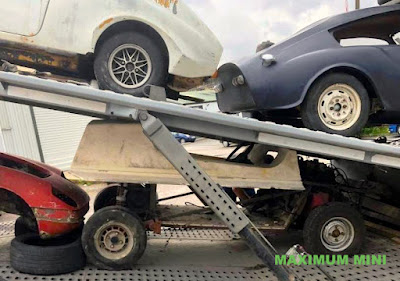 Stimson Mini Bug jammed in between Jems and Marcoses... and a Lotus
Picture courtesy Roger Garland 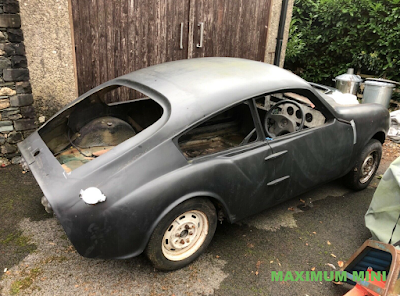 This is one of the three Mini Jems, a Mk2 that was seen for sale last year
Picture Jeroen Booij archive 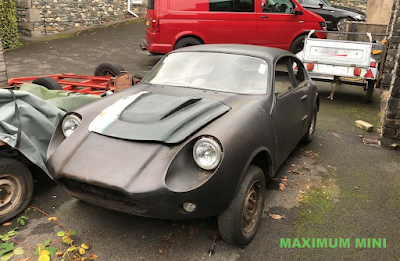 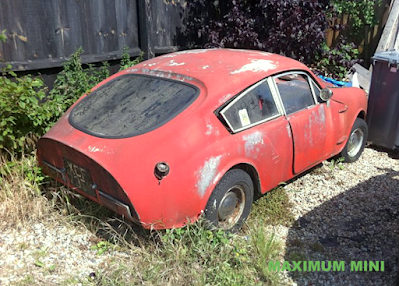 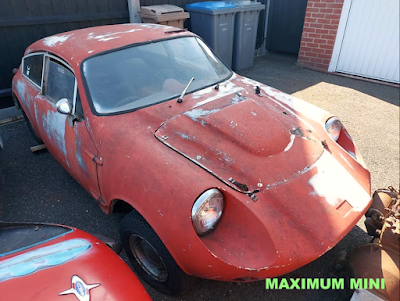 Many rang the door asking if it was for sale. It wasn't. And then it made it to Ebay after all
Picture Jeroen Booij archive 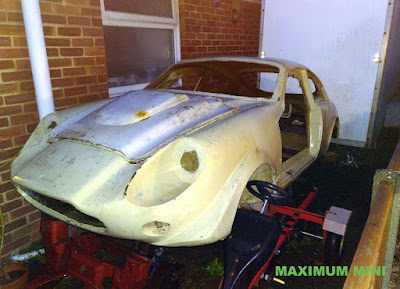