The Prisoner Moke - unraveling its past

There was still a big gap in the history of the surviving Prisoner Mini Moke but a little bit of that gap is now cleared. You may remember that the car was found in 2011 in The Netherlands by fellow Dutchman Olivier Bos (story here). He found it a barn where it hadn't moved a wheel since the 1970s, or so he was told. It now turns out it was moved before though.
The story is that after filming the series The Prisoner in 1967, the car was given to one of the film crew. And when this Englishman, supposedly a camera man, moved to Amsterdam he took the famous Moke with him. He hired a room in central Amsterdam, probably drove it for some time, only to store the car in the hallway of this canal house. From the 1970s up until 2004 it languished in this unlikely hallway storage, buried under more and more boxes and bikes.
But then, in 2004, it was moved and brought over to the east of The Netherlands, or so it turns out now. Pictures of the move have emerged thanks to Jelle Blom, who flashed them over a while ago. Jelle: "It was given away for free, on the condition that the bikes were taken with it also." Good deal, I'd say. Olivier Bos believes it's right: "Yes, it was stored in a house on the canals since the 1970s when the owner's family moved it. I think this was a nephew of the owner of the canal house, in which this Englishman had his room."
We know the rest of the story, well almost. Olivier sold the car in an auction in 2015 and Phil Caunt became the new owner. Phil lovingly restored the car, but decided to sell it last year, also in an auction. Where it went next? He doesn't know. Phil: "On the day of the auction, I did speak to a member of the auction team, who said they believe it was sold to a UK based buyer... After that I know nothing." Maybe you do? 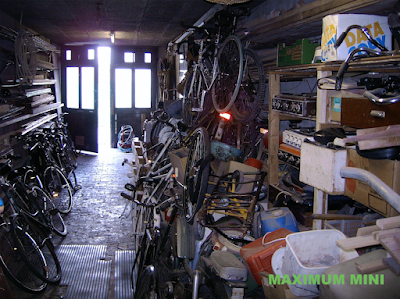 Amsterdam. Narrow doors, cobblestones and lots of bikes. There really is a Moke behind them
Picture Maximum Mini archive via Jelle Blom 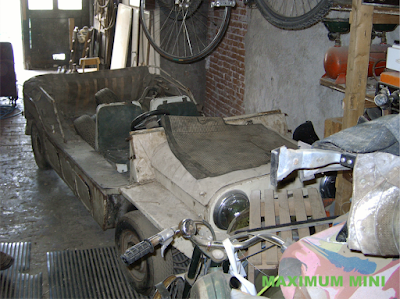 There you go. And it's not just any Moke, but one that made television history in the 1960s
Picture Maximum Mini archive via Jelle Blom 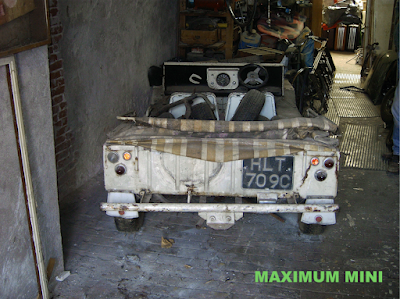 'HLT 709C' was used by The Prisoner. It ended up in Amsterdam with one crew member
Picture Maximum Mini archive via Jelle Blom 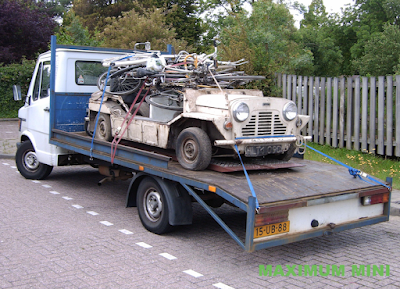 "It was given away for free, on the condition that the bikes were taken with it also."
Picture Maximum Mini archive via Jelle Blom 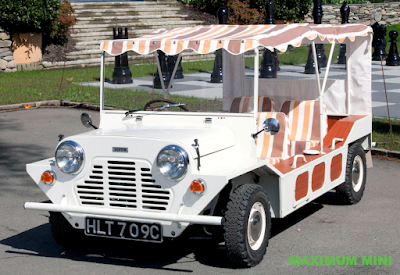 Fully restored and brought back to Portmeirion, where The Prisoner was filmed
Picture courtesy Phil Caunt 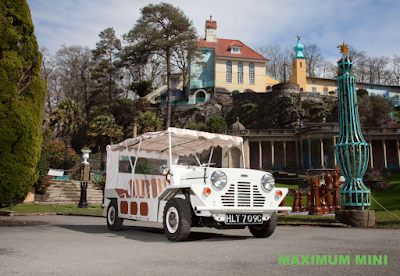