Is Mike's MiniJem a works racer?

Mike Brown has a soft spot for Mini Jems and that's how he got hold of the cars moulds, too. But they came with a car of which he'd like to know a bit more. This is what he wrote to me: "Hi Jeroen. My name is Mike Brown, I have had numerous Mini based cars but my main love is the Mini Jem. My father built a Mk2 Jem in 1974, which was the first car I traveled in when I was born the following year. When I was 19, after having a couple of Minis and a Mini Marcos restoration project, I finally managed to get a 1971 Mk2 Jem. I did a rolling restoration on this car and it ended up with a Metro turbo engine. Fast forward to about two years ago when I bought another 1971 Mk2 Jem after looking for one for 10 years. This car is currently waiting for restoration. I then got a call from the owner of the Jem production moulds asking if I could give them a new home (he was moving house). Obviously I jumped at the chance and went to collect them. Now for the part I need help with upon collecting them I ended up with another Mk2, said to be Malcolm Fell's (ex-Jem manufacturer) rally car. I would like to try to trace this cars history so I can re register it correctly. Mike" 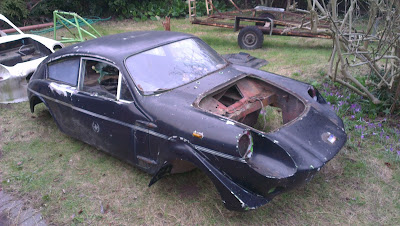 Mk3 front wheel arches, but it is a Mk2 that may have been used to plug a mould for the Mk3
Picture Mike Brown 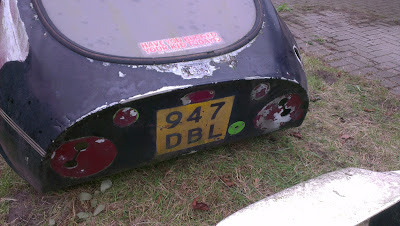 But '947 DBL' may also have been Malcolm Fell's personal rally car. Mike Brown would love to know
Picture Mike Brown 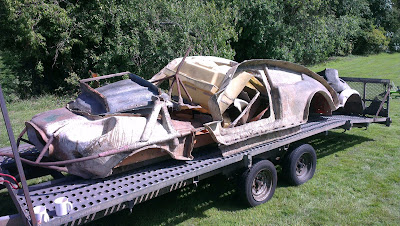