We saw Mike Brown's MiniJem moulds and possible works racer earlier this week, but how about this photograph, sent over to me by Nick Yarrow? It's of a Mk1 Jem being autocrossed at Wildcam in 1979. Driver is believed to be Jeff Hawkins, who was the BTRDA Autocross champion of 1978. I couldn't find anything else on him in the Maximum Mini files, but did find another photograph of a Mk1 Jem in autocross. This one taken much earlier, in July 1967 at Orchards. It may be the same car? Registration is 'OLL 390E', which is a London number issued that same year. Who knows more about it or them?

UPDATE 15 March 2017: Ian Davies shares his anecdotes and photographs of the car with us! Click here

UPDATE 27 March 2017: More about the car from the Hawkins family themselves. Click here 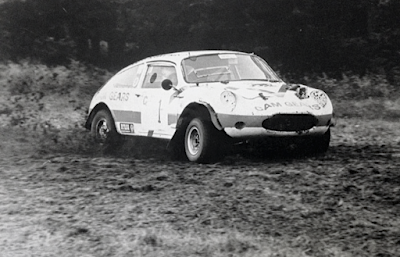 Early MiniJem being in Wildcam autocross in 1979. Does it survive?
Picture via Nick Yarrow 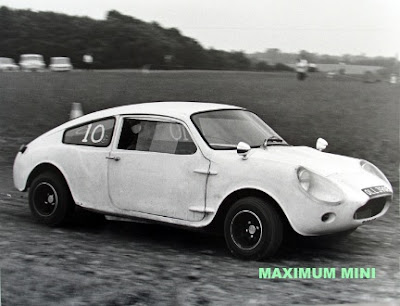 And could this be the same car, snapped 13 years before? Registration is OLL 390E
Picture Jeroen Booij archive