When an unusual Mini based Buggy came up for sale on a well-known auction website last week, I missed it. But fortunately Lucien Vaast from France did not. He acted rapidly, made an offer and won the auction. Next, he drove over to Brighton with a trailer and secured the car to his home in France. However, Lucien did not know what he'd just bought! Did I? Yes, I did. Lucien had just become the owner of an ultra-rare Autocom Mini Buggy - one of just two made in 1991 by Neil Greenaway and Peter Altass in a place called Combe Martin in north Dorset.

When I was looking for one to photograph for my book 'Maximum Mini 2' it proved to be quite a challenge to find one, and I eventually ended up with the son of one of the notorious Kray twins (click here if you've never heard of them), who'd just purchased one and was happy to drive it over to the Ilfracombe seaside, yards from his deluxe bungalow and just miles from where it was made. That was a memorable day.

I think the red car I saw then was the second Autocom Mini Buggy made, with the earlier one being blue with a blue softtop plus yellow bonnet and roll bar. Later I managed to find a set of pictures of that car, registered YUO 495T - also the one used on the car's very simple brochure of which I'd also found a copy. This is the car which Luciano has now. I understand he is planning to restore and enjoy the buggy - it looks in a fairly good condition to me! 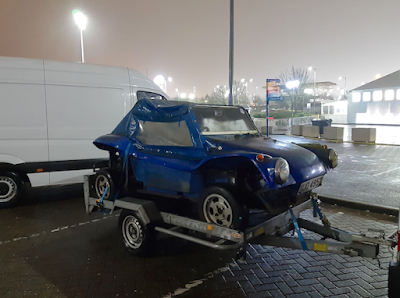 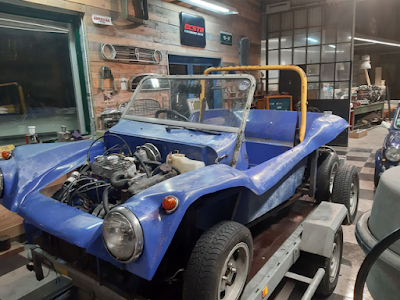 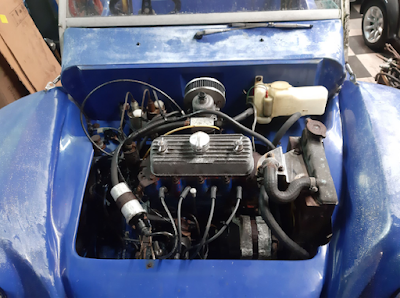 Just two were made in 1991 in Devon. The other one still lived there when I photographed it
Picture Lucien Vaast 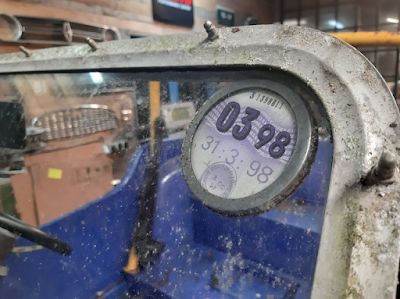 Lucien's car was last taxed in 1998, so has been off the road for over 20 years
Picture Lucien Vaast 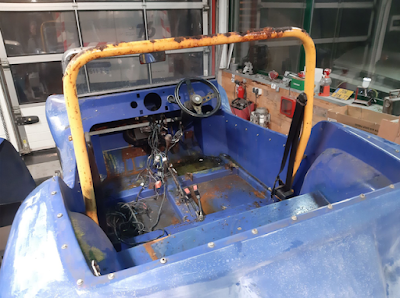 It does appear to have stood the test of time pretty well though. A restoration is planned
Picture Lucien Vaast 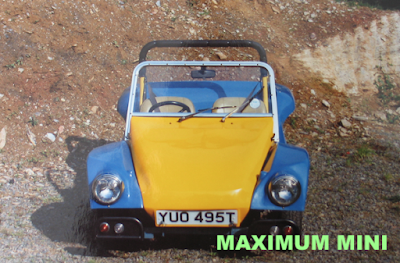 This picture of the same car shows it when it was new in 1991. Not much has been altered
Picture Jeroen Booij archive 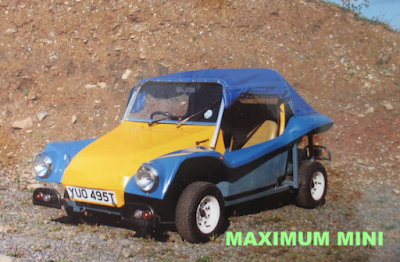 It's great to learn that this car has survived, too. Even the blue top could still be the same?
Picture Jeroen Booij archive