Some time ago, back in 2012, I wrote about the elusive McIvoy - the rare estate version of the McCoy (click here). A member of the McCoy Owners Club had told me he'd seen one and I asked "Could that be the only survivor?". Only a couple of months later one was spotted in by Mike Allen in Cheshire (click here), who then wrote: "How many left? One, two? Can’t be many."

Well, there is at least one more and that has now been unearthed by Dan Mears, who already owns the factory demonstrator McCoy. Dan wrote: "Here's my latest. The McIvoy as seen parked next to my other outside the factory back in the day. Another one needing restoration and minus the engine but nice bit of history with it too. Im really pleased I got the opportunity to find this one."

Well done Dan! I think it may well be the car that was used for advertisements and brochures, too. It would be awesome to find that spot seen below to recreate that PR picture with the same vehicles one day! 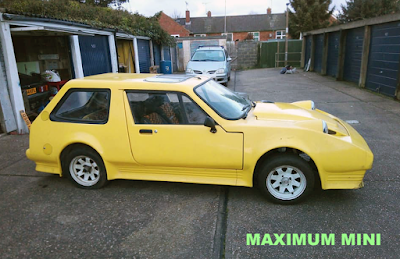 McIvoy is the estate version of the Mini based McCoy, as built by Arthur Birchall
Picture Dan Mears 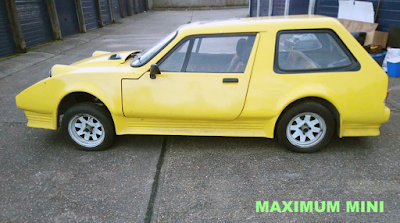 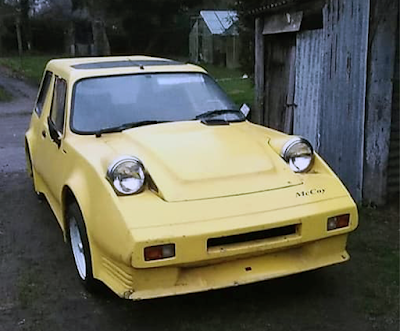 Note 'McCoy' name on nose, while being a McIvoy. The factory demonstrator had this, too
Picture Dan Mears 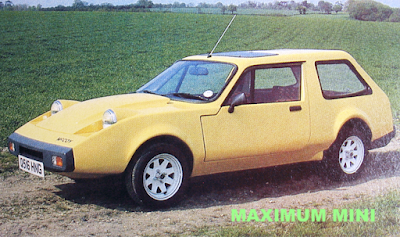 This is a publicity shot of that demonstrator, registration is Q516 HNG but without the added spoilers. Must be the same car though?
Picture Jeroen Booij archive 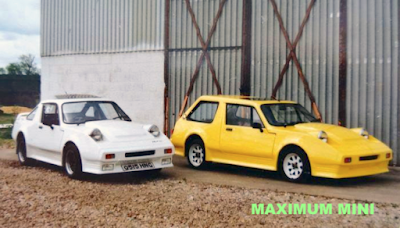