An interesting message came in from Shane of South-Africa. He wrote: "Hi Jeroen.  When I was just getting into Minis in the 1980's in South Africa I met someone who was involved with a small motorcycle engined series. The unlimited class was very unique in that they used two mini subframes welded together as a very simple chassis. As a youngster I was taken by how simple it was and got a copy of the 'plans' and have attached a copy for you - one for the records? Many thanks, Shane

I'd never heard of these formula S racers before, but I had to think of the Mead Special, also made in South-Africa (more here). Could there be any link between them? Shane replied: "The Mead Special looks to be an interesting car and far more advanced than the 'Formula S'. There were several running in a series. They used the subframes as shown in the plans but had coil over shocks and mostly had air cooled motorcycle engines of 900 to 1100cc driving a Mini diff with chain drive. These usually had little or no bodywork. Sadly I can't find any photos, the ones I have are from the smaller engined 'Formula M' that can be found on the internet but no trace of any of the Mini based versions. I also believe that the person mentioned in the pack is no longer around. Please keep finding these interesting Mini based cars - I hope to have a design of my own added to the list one day. Regards, Shane."

So... anyone out here who knows more about the Formula S cars and wether some of them were possibly Mini based? 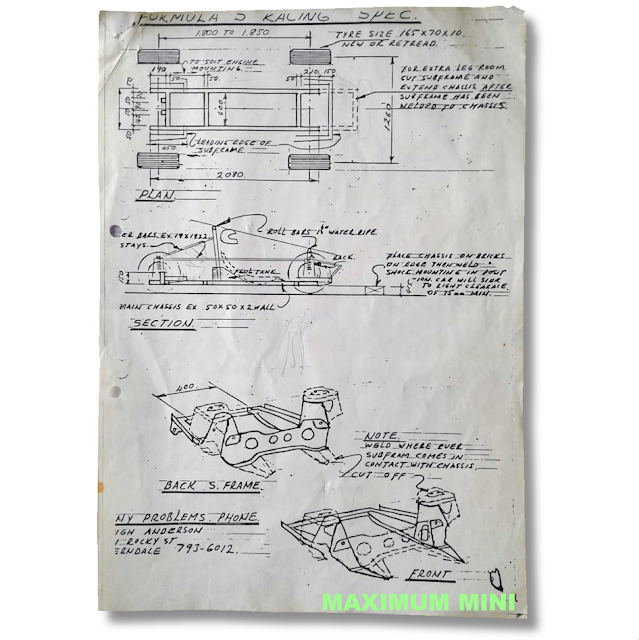