Janet Miedema, who runs a company named Rialto Models got in touch recently. She wrote: "I have read your article about your discovery of the Morris Mini Zagato 'Il Gatto' in a shed in Italy with interest. Is there any news on the car since that time, could it have been restored since? Some time ago I developed a model of the car in a 1:43 scale."

I replied to Janet that I was shocked to find out that the car was sold in 2012 (click here) in a pretty sorry state while it had passed through 3 or 4 ownerships in the years preceding. This while I had made such an effort to track it down and would have loved to have become the owner. Shortly after that I got in touch with the new owner, Simone Bertolero, who seemed eager to restore the car and even received some help from its designer Ercole Spada (click here). Things looked good, but not for long. When I contacted Simone more recently, he replied to me with three words: 'Sold to USA'. I asked for more information when the answer was: 'I haven't the contact anymore'. And there the trace ended once more. Somebody who knows where in the US it is? Meanwhile, we can enjoy Janet's lovely scale model, as below, and for sale here.
UPDATE 15 february 2020: And sold out already!
UPDATE 16 February 2020: And available soon again. 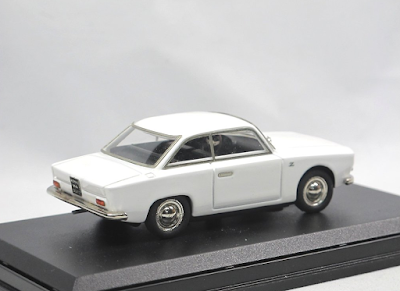 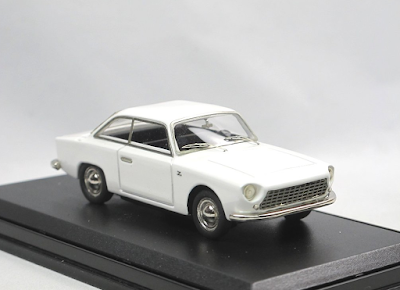 The real car was missing for decades, until found in a Milanese shed. It supposedly is in the US now
Picture Janet Miedema