With only two cars built by the late Allan Staniforth between 1969 and 1972 it's not very often that you see a Sarcon Scarab for sale. Still then, the prototype was sold only four years ago with the original and complete set of chassis jigs and body moulds. Some years after that I found out that the only other (production) car, this one fitted with fibreglass body instead of aluminium as on the prototype, survived too. That particular car was sprinted and hill climbed in the 1970s by a chap named Rick Branson but went off the radar after that. Funnily it re-appeared not in the UK but in Belgium still in its original blue colour. The current owner told me he planned to restore the car but never got around to finish it. He has now decided to sell the car (click here for the advertisement). The price may be on the steep side, however you'll have serious trouble finding another one! 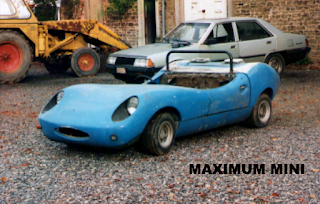 Sarcon Scarab survived in Belgium, but in poor state 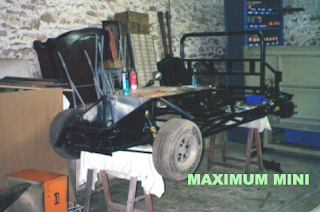 A complete restoration was planned but never finished 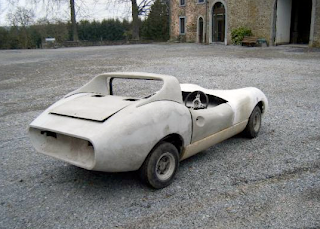