Mini variants have been entered in just about any kind of motor sport, but drag racing? Yes, even in drag racing, as this picture proves. The unlikely contraption that you see on it was named 'Sod Buster' and could be seen in the B class during the 1967 drag racing season on Santa Pod raceway. It was raced by a gentleman named Jack Fisher who timed it at 13.967 seconds at a speed of 92.17mph on the drag strip. Compare that to a modern Bugatti Veyron that takes the quarter mile in 10.2 secs @ 141mph and I guess its not even that bad. 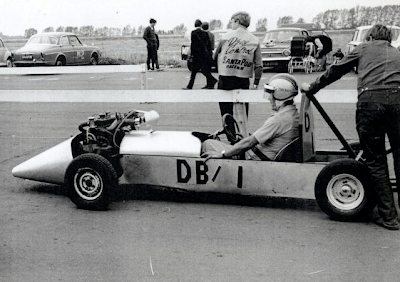