Let's continue with our little quest for information about Camber- and Maya GTs. As you will know by now funny little creatures that I quite like, although their history seems to get more and more complicated. Proof is the car next up, a Maya GT registered 'HPN13D'. It's the car that was used in one of the Maya brochures, white in colour. As the registration number is so close to that of its sister car 'HPN14D' (see here, yes it's a Camber) I believed for a long time that this too, had to be a Camber GT as the nose with its typical frog eye headlights is not shown on these brochure shots. That is untill I came across a picture in Cars & Car Conversions magazine that shows the same car from another angle. Yep, that's clearly a Maya nose section.

I also found that this Maya was raced, as was John D. Green’s Camber GT (see for that story here). It's driver was supposedly Mike Greenwood who is said to have raced the Vandervell V8 in the 1967 season, although I cannot find any information on Greenwood at all. I have been in touch with several Mikes Greenwood by now, but not one of them knew anything about a Maya or a Vandervell! Perhaps somebody else will know? There is no DVLA description for the car now, but it won't surprise me if it does survive in the end, as several other cars have come to the light since I started these files... 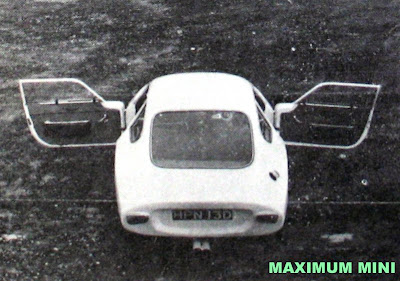 The car in the brochure. Headlights cannot be seen here which made identification hard
Picture Jeroen Booij archive 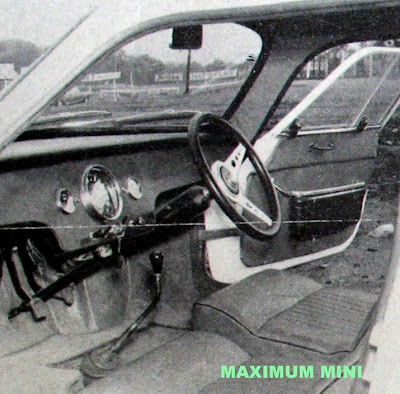 And the same goes with this brochure shot. What a lovely clean interior though
Picture Jeroen Booij archive 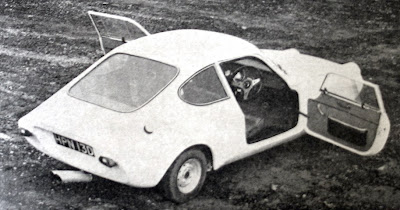 But there we go. It's clearly the same car at the same place. And it's clearly a Maya GT
Picture courtesy Cars & Car Conversions 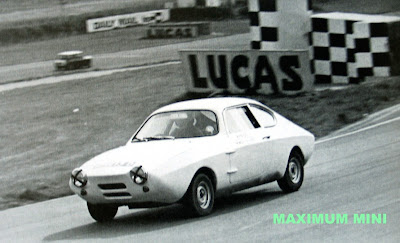 The Maya GT 'HPN13D' at the track. It has to be Mike Greenwood driving it. Richard Hawcroft adds: that is at Brands Hatch. It was taken from near the grandstand on Paddock Hill bend, you can just see the exit for the pits behind the 'Lucas' advert. You can also see the 'loop' of the track after Graham Hill bends (though of course it wasn't Graham Hill bends in those days!)
Picture Jeroen Booij archive