It's been sold: the aluminium bodied Deep Sanderson 301 that was auctioned this weekend (more here and here) at Silverstone Auctions' inaugural sale. Not for the 46,000-50,000 price that was estimated, but for 40,000 pounds. Still enough to become the best paid-for Mini derivative that I know of. The seller believes it could have made more, but is happy with the price that was paid for it in the auction as the market is considered to be weak at the moment. He says the car is bought by a European man, based in the UK. It will remain in its home country and will be raced regularly in the future, too. That's nice. 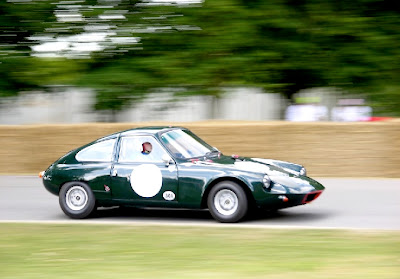