You know Davrians and you know they are Imp based, don't you? But don't be surprised to find that Davrian Developments sold 5 Mini powered Mk7s as well as 5 Mini powered Mk8's in the 1970s and early 1980s, too. Rare stuff, and I remember well it took me a while to find these models for photography when working on the book. But more recently I got in touch with Stuart Lever who owns a 'Davrian Mini' too: a lovingly rebuilt Mk8. He wrote: "Hi Jeroen. Love the blog (and the book), very interesting. I have an A-series Davrian that was ordered as a kit from Davrian Developments in 1981. The first owner/builder was Chris Brown from Scotland who built it primarily for a road car but also for the occasional sprint outing. He built it with an A-series engine and 'box from a 1275 GT. The engine had quite a lot of work done to it with bigger valve head, 531 cam and twin 1½" SUs. The car was used for several years and then laid up as Chris moved around for work. I saw it advertised in 2006 and bought it straight away. Originally I had Aprillia Mille two-cylinder engine ready to put in but thought better of it!" 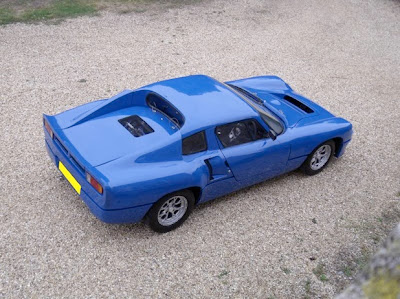 Stuart's Mini powered Davrian Mk8, one of only five built 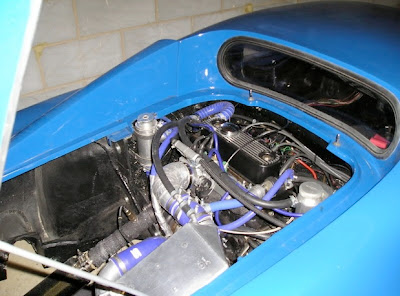 Aprilia engine was considered for the rebuilt - fortunately A-series won

"Then I just stripped everything down and rebuilt it all with a different interior (out went the original Talbot Sunbeam dash), but initially keeping the original engine. After a while it felt as though it just lacked torque so it was either a bigger bore or turbo and the turbo route won. Since I wasn’t going to race it I kept the original bottom end as it did have relatively new parts installed and thought I could get it all sorted and then build up another motor if needed. The head was highly modified and I used the strongest clutch and an ultralight flywheel. I also used a cam with less overlap. The turbo is a hybrid Renault 5 and the intake fabricated to use twin throttle body mounted injectors. I also built an ECU from a kit which was very cost effective. I used an air/water cooler as it is much easier to package in a mid engined car. It all went together very easily and mapping quite straightforward. I am on my umpteenth map now but its quite good fun making changes. The car is now very torquey and quite powerful (currently on 1.1 bar boost) so really good to drive in the dry. Can be a bit of a handful in the wet though!" Thank you for your story, Stuart. It's very good to hear from readers with such nice Mini derivatives! 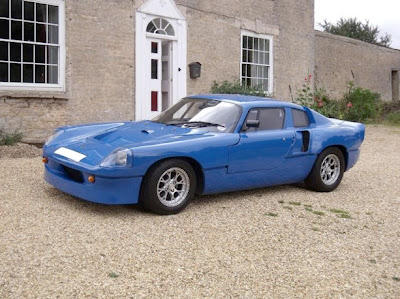 Davrian was stripped and rebuilt. Its 1293cc engine gives some 165bhp 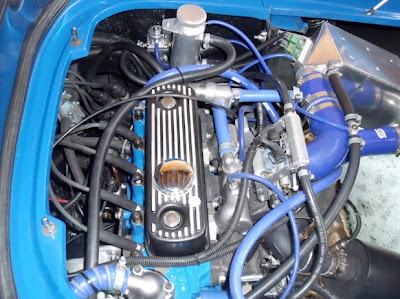