Several Ogle SX100s were exported from the USA in the last few years (see 4 of them here), and I know that two of these returned to the UK. Another went to Italy (see here), while last week I received a sign of life from the fourth. It's the cream coloured Ogle with chassis number 60 that now found its way to Switzerland. I understand that it looked like a nice and original car in the pictures, but turned out to need a nut and bolt restoration in the end. But then the new owner is determined to tackle things right. The restorer Markus Tanner went as far as Belgium to find a furniture cloth that is very similar to the one originally used on the seats. There was some questioning whether the grille was a modification or not but according to Tanner the one found on this car, is supposed to be right. It seems Ogle changed the design of the grill during the production run. He could be right there, as I have seen other late SX1000s (69 were made between December 1961 and December 1963) with similar fronts. 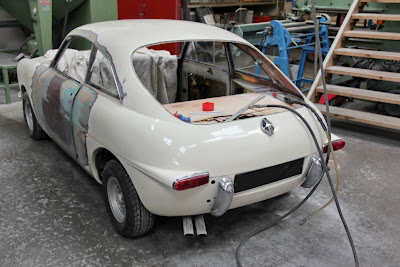 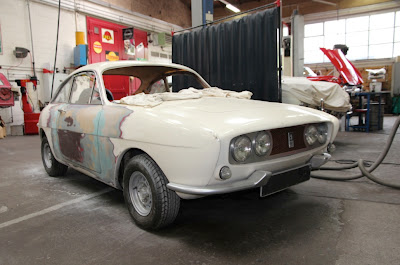