Don't think I am running out of Mini derivatives material - au contraire - but as I mentioned before on these pages, there are a couple of creatures based on Mokes or 1100s that I find least as interesting as the stuff you will usually find here. See here and here to get an idea of what I mean. In fact one car that's been intriguing me from the very first time I heard about it deserves a place in our gallery of Urban Legends. It is the WSM 1100 that was built in 1965 by Douglas Wilson-Spratt and his team. After he'd joined forces with Jim McManus in 1961, WSM (Wilson-Spratt-McManus) soon started converting Sprites in lovely aerodynamically shaped coupes. Several were built and they proved quite succesful on the track, too. And there were not just WSM Sprites. A few more models followed.

When Wilson-Spratt could lay his hands on a rolled MG 1100 in 1965 with wrecked body work but undamaged chassis, he decided to turn it into a 100mph and 30mpg four-seater for personal use. A unique body was crafted by aluminium specialists Alec Goldie and Fred Faulkner of Peel Coachworks of Kingston-on-Thames. They transformed the car into a shapely 2+2 with aerodynamic nose section, inspired by Ferrari's 275 GTB, and long Kamm tail. The WSM 1100 retained it's donor's 94" wheel base as well as its interior and hydrolastic suspension and was painted bright red before Douglas Wilson-Spratt's private number 'DWS 97' was issued to it. One source mentions that the engine was the car's original 1100 bored out to 1139cc and now fitted with twin 1 1/2" SU carburettors, while another one believes the car was equiped with a 1275 Cooper engine.

Although WSM reportedly received several enquiries about replicas, the WSM 1100 remained a one-off. According to some because Wilson-Spratt was put off by the 70mph speed limit that was about to get introduced in the UK. The one built car was sold in late 1966. Perhaps its new owner was not too happy with it, as it was advertised for sale again less then a year later. This time in Charlton-on-Otmoor (Oxfordshire) and for 795 pounds, but that's where the trace ends. In the 1980's it was reportedly seen in a scrap yard, while in 2001 a former WSM Sprite owner said he'd seen it in original condition in Devon but despite several attempts it was never rediscovered. Another 10 years passed when Wilson-Spratt passed away in March last year, but his 1100 remains as mysterious as ever... 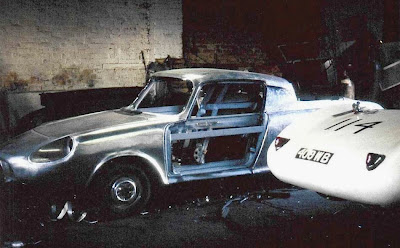 The WSM 1100 under construction at Peel Coachworks in London in 1965
Picture courtesy www.wsmcars.com 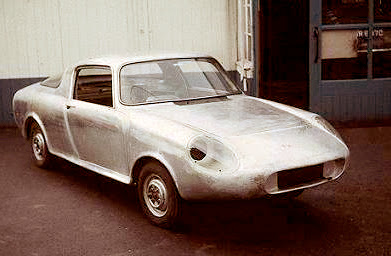 Finished in splendid aluminium. The new body was rivetted to the 1100's chassis
Picture courtesy www.wsmcars.com 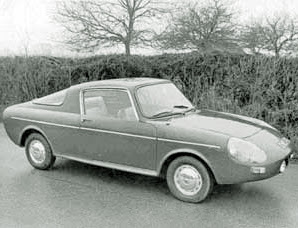 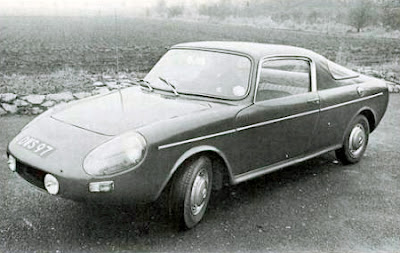 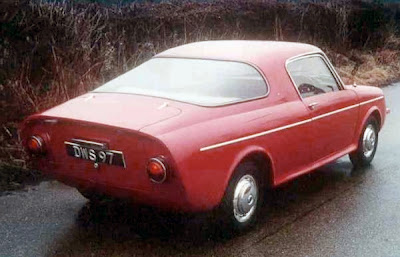 The car used a Kamm tail which was rather long due to 1100's wheelbase
Picture courtesy www.wsmcars.com 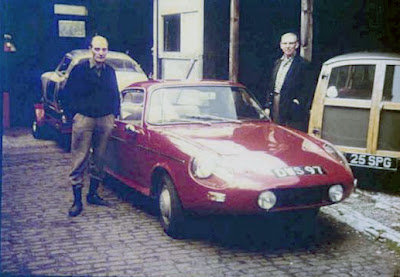 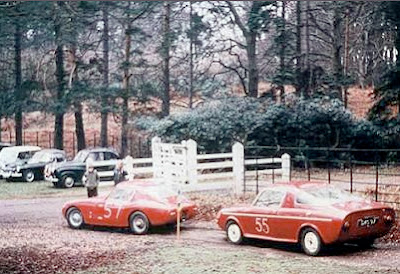 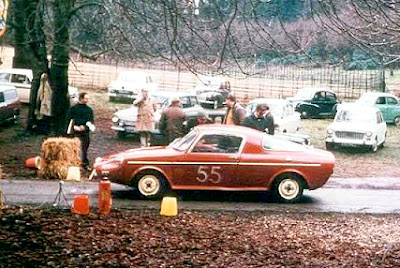 At the start of Woburn Park, probably in 1966. Note standard Austin 1100 behind it
Picture courtesy www.wsmcars.com 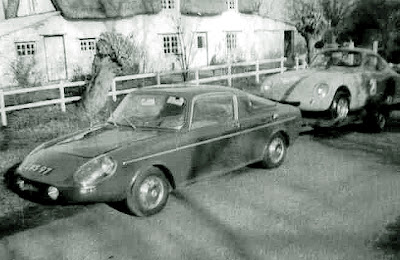