Okay. We know by now that the McCoy Estate materialized (see here). But how about other estate versions of existing Mini based sports cars? I understand an effort was made to make such a version of the MiniJem in 1969. Not privately, but actually by the factory. By that time the Jem was built by Fellpoint Limited as the Mk2. I have a set of pictures of that car, taken in 1993, but not a lot of information comes with them. What you see is a pretty angular but neat looking conversion, using the rear windows upside down and an opening rear screen hinged at the top. What I did learn was that the car was later rescued from a scrap yard in Southampton in around 2001 by Mike Brown. Unfortunately Brown then sold it on for restoration and it disappeared from the radar. The car's chassis number is RS-M2-1076 and as you can see from these pictures it already needed full restoration back in the 1990s. Did that ever happen? I would love to find out. 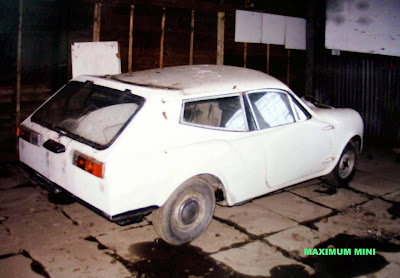 MiniJem estate was given a rather angular rear. Note Mini number plate light 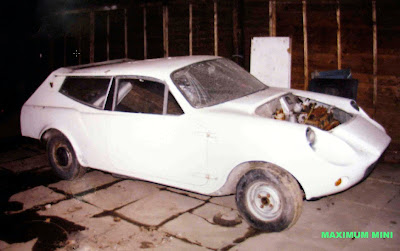 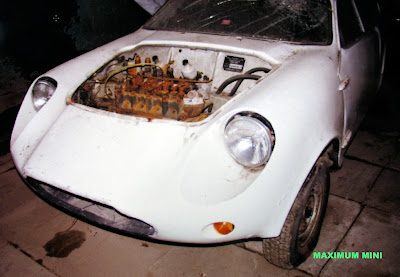 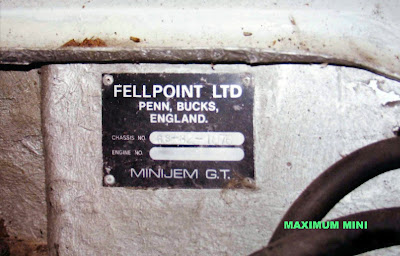 Chassis number indicates this is an early Mk2 MiniJem. What happened to it?

At least one more MiniJem got the estate conversion although that was done privately. Its result, dubbed the MiniJem GTE, was built as a college project. The car used the back end from a Reliant three-wheeler mixed with Mini Jem rear windows upside down! Like the other Estate, it is a 1969 Mk2, too, and the car survives in the hands of a Mini Jem collector in the UK, although it hasn't been on the road for many years now. The picture below dates from March this year. 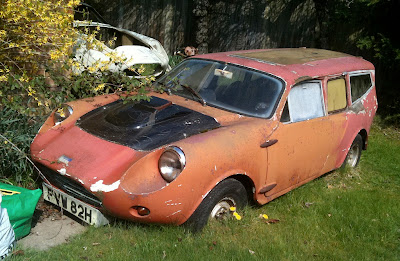 Although it's longer, the MiniJem GTE used its rear windows upside down, too
Picture courtesy Flickr.com