Remember last year when the prototype Deep Sanderson 301 that also raced at Le Mans was auctioned? Of course you do (click here if not). Running towards the actual sale I wrote several articles about the car although you may not recall the 5th picture from this article of which I said : "Car and creator: Chris Lawrence in the Deep Sanderson just before he sold it in 1970". My source was a sketchy one as I'd copied the picture from a copy, but at least the man on it looked like Lawrence. Well. He wasn't. I received a message from Chris Duncan a while ago who wrote it was his father Bob Duncan sitting in the ex-Le Mans car. Bob owned the Deep Sanderson between 1973 and 1983. They wrote:

"Dear Jeroen, please accept our apologizes for this taking so long to get to you. My father has just arrived in America and we have finally got the images scanned so we can send them over to you. To run back over the history which we are certain of: Bob Duncan purchased the car in 1973 for the price of £150 from a gentleman who lived in Surbiton, in Greater London. The car was purchased at that price on the understanding that it would be restored and not broken up for parts. In addition to the car itself, the car also came with two 6” alloy wheels and two 8” alloy wheels, both with CR81 (Intermediate) racing tires. The wheels on the car as purchased were alloy wheels with Dunlop racing CR65. The car had been road registered for a period of at least 6 months and was allocated the plate of DGN 807H, which was a 1970 Plate. I have no history re the car in the period up to the point of when I (that's Bob) purchased it." 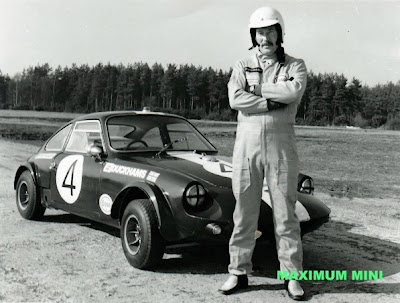 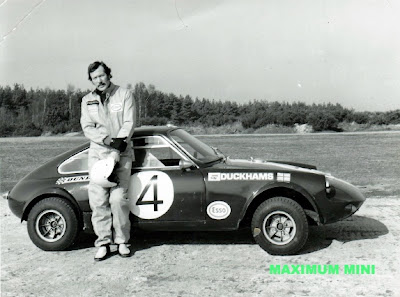 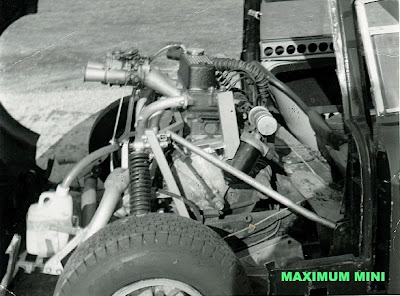 "When purchased, I completed sufficient work on the engine to make it running and was naturally anxious to drive it at the first opportunity. At that time I worked for a large company which had several factories within 60 mile radius. One of which had an entrance road of approximately ½ a mile and I made the necessary arrangements to try to car out. Never having driven the car before I took it rather easily on the first couple of runs. On the third run I drove the car fairly quickly and turned round at the end of the straight. Much to my surprise I found that when on full lock the steering went ‘over centre’ and I was unable to get the wheels back to the straight ahead position. This was achieved by dropping the lower wishbone and physically hauling/pulling the wheels back into position. Obviously the steering demanded some immediate attention! Around that time a book on how to build a single seater racing car was published the title of which was ‘High Speed, Low Cost’ (that's the Terrapin-JB). The author was Alan Staniforth. This car was based on around a Mini engine but featured a means of designing and constructing an un-equal length converging wishbone front suspension. Over some time cut away all the original front suspension mountings and fitted the newly designed units. The actual design necessitated a changed in spring rates and lengths and also new shock absorber units. This was a departure from the original front suspension concept of trailing link and necessitated to move from hard springing and soft damping, to hard damping and soft springing. I drove the car at a disused airfield and was delighted with its performance and the suspension only had to be balanced to provide the best ride in both flat out straights and cornering. The photograph of the car enclosed, shows the car still wearing it’s longer springs, hence the front end is sitting high. The photograph was taken at a British Automobile Racing Club Sprint at Blackbush aerodrome. I entered the car at a Historic Sports Car Club meeting at Silverstone and during scruiteneering I was advised that the car was ineligible due to the front suspension not conforming to the original trailing link design."

"I swore considerably and with great passion and towed the car away. My next task was to track down Chris Lawrence, who at that time had his premises at Ravenscoft Arches. I telephoned and was most receptive to my request for information on the trailing link front suspension. I called in to see him a couple of days later and was given a very warm and friendly welcome, of course we talked virtually nothing apart from Deep Sanderson’s. The Deep Sanderson 302 (Cortina GT engine) later replaced by the 3.0-litre Martin V8 then owned by Peter Dodds. This car was fitted with, would you believe, front converging link wishbones very similar to those which I had fitted to my own car. I was also given a tour of the facility at the Arches and saw the prototype Monica Phase 1 & 2. Phase 1 had the Martin V8 and the Phase 2 had the 5.5L Chrysler V8. Chris was immensely helpful and provided me with copies of the original trailing link suspension. He also provided two of the original, lower links, which he said were spare. Eventually these were fitted and I ran the car at several meetings, although this was becoming more difficult due to work pressures. I retained the car until 1983 when it was sold to a gentleman in South Wales who had a road going version. At that point we moved to Scotland and I lost interest in the car. I did try a couple of times to find out some information. However my contact, Mr. Williams from South Wales did not respond. Again, if you require any further information or clarification, please do not hesitate in contacting us. I will speak to my dad over the phone and email you personally as the computer presents challenges! All the best, Chris"

I was much pleased with the Duncan's letter and am of course happy to correct Lawrence's name on the picture mentioned. Meanwhile the Welsh Deep Sanderson has been tracked down, too. It was sold a couple of times more before ending up in Germany in the early 1980s. In fact I just had a look at it with its current owner who is restoring it for the track. But that's another story. More about it soon. 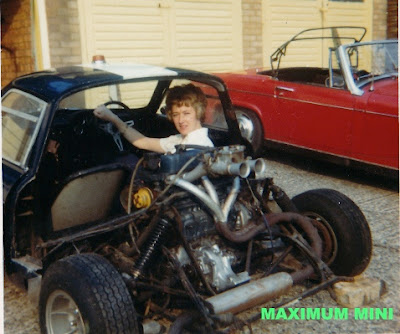 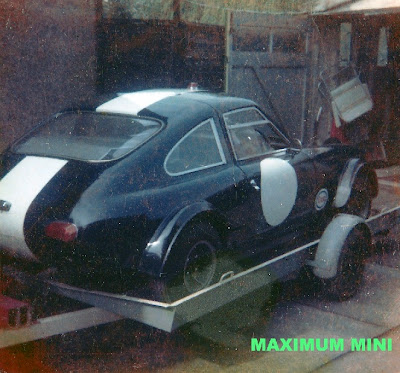