Let's stay in the Caribbean for another while after yesterdays treat (click here). Why not? The weather is nice, the atmosphere relaxing, the seafood fresh, and yet there are some more Mini derivatives. Yes, some 80 sea miles eastwards from Petit St. Vincent we arrive at the shores of Barbados. Several Terrapins were built here after Allan Staniforth paid a visit to the island, and I will write more about these soon.

But what I also found is that a local chap named Michael Gill used to race and hill climb two Mini based specials back in the early 1970s here. The first was an open top sports car named 'Minilan' that used a 1293cc engine. I now quote from the Barbados Rally Club's web site: "His finest hour to date came at Bushy Park; driving the Minilan, he set the pace at the opening race meet on Independence Day 1971: the only driver to win all three races in his Group, he was the circuit’s first Champion Driver and its first outright lap record-holder. And it was there that Gill’s other talent would be best displayed, as designer and constructor of some remarkable racing machines. In 1972, there was the spaceframe Fort Royal Special (later 'Royal Bank Special'), Mini-based, with components including the front suspension from Irishman Alec Poole’s Mini, which had competed at Turners Hall the previous November. This proved completely reliable until the Players No 6 International in November, where it non-started". Gill stopped racing in the late 1990s but appears to be still active in the Barbados racing scene. I bet he has some more good stories to tell. 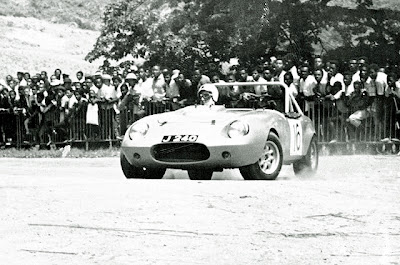 Michael Gill behind the wheel of the Minilan special he designed and built
Picture courtesy www.barbadosrallyclub.com 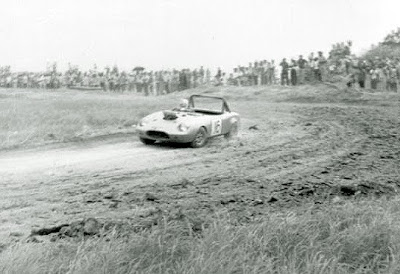 Gill and his Minilan did well at Bushy Park, a dirt track constructed at an old plantation
Picture courtesy www.barbadosrallyclub.com 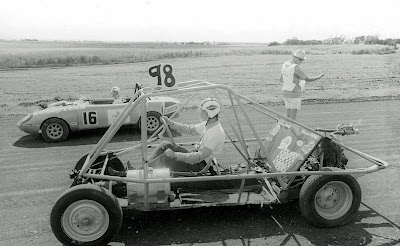 The Minilan at the start grid behind a VW special that was named 'Foolishness'!
Picture courtesy www.barbadosrallyclub.com 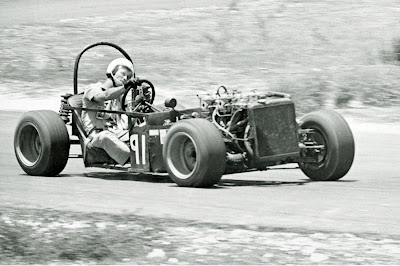 The lack of a proper body suggests that Gill's second Mini racer was inspired by it!
Picture courtesy www.barbadosrallyclub.com 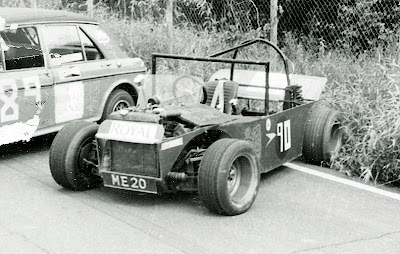