Yesterday it was time for a nice bit of commemoration at the grounds of Harewood. Not just because it was 50 years ago since the first hill climb was held here, but also because of the 40th anniversary of the Biota taking victory on the hill and winning the British Hill Climb championship in 1972 (see here for that story). Biota fan John Rayner went there with one of his Biotas (it looks a lot better from the last time I saw it!) and took some pictures for us, who stayed at home. Thanks a lot John! 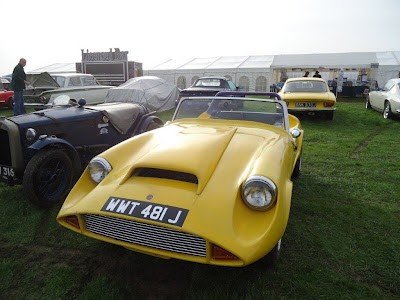 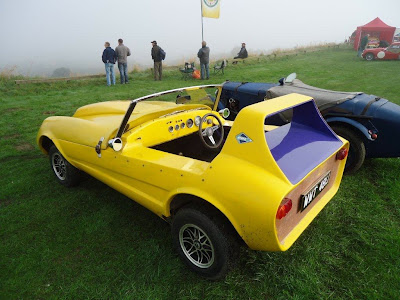 The car is part of what has to be world's largest Biota collection easily!
Picture John Rayner 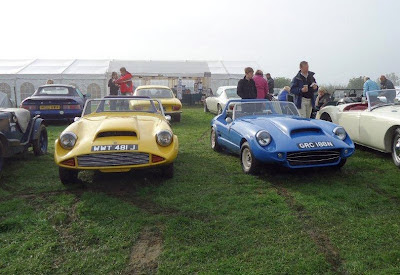 Side by side at Harewood with another Biota: the lovely Mk2 of Derek Wilkins
Picture John Rayner 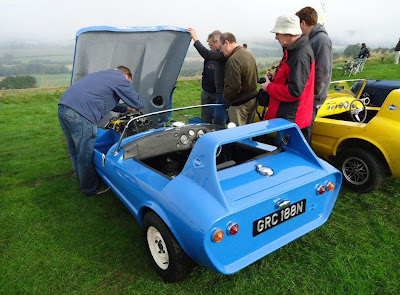 Steel wheels and tiny lights look great on this car. It was red at one stage
Picture John Rayner 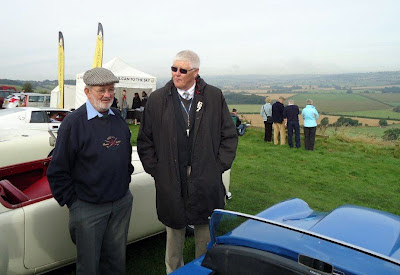