I've seen some odd conversions come by, among which a few doubtfull convertibles that started life as sporty coupes. Last year there was a Camber GT convertible conversion, more recently there was even a Unipower GT with a Targa roof. So how about a Mini Marcos with a softtop? I heard about one, a 1978 Mk4, recently and decided to go and have a look. The car is owned by Erwin in The Netherlands who has a few more Mini derivatives. It is certainly not the prettiest of cars I've seen over the years but it does deserve a mention here. The chop was carried out by the chap he bought it from and from what I understand it became roofless because of a cracked roof. The floor is said to be strengthened with steel members and there is a very thick roll bar. I did flex the doors and it appears to be reasonably stiff, but I'm not sure if I'd dare driving it flat out with its presumed very quick and certainly very noisy 1380 engine! 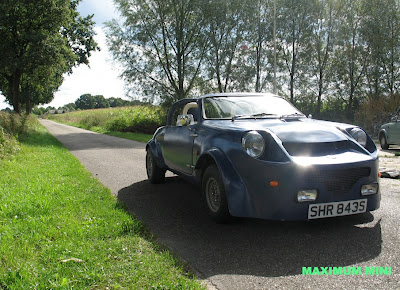 Low splitter at the front is not the only clue to the drastic conversion carried out!
Picture Jeroen Booij 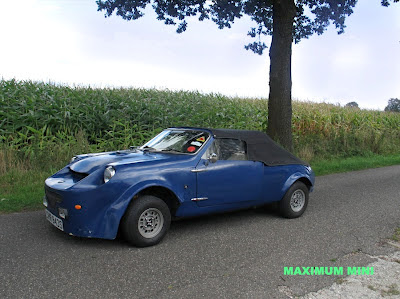 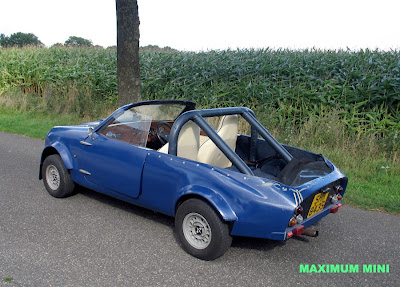 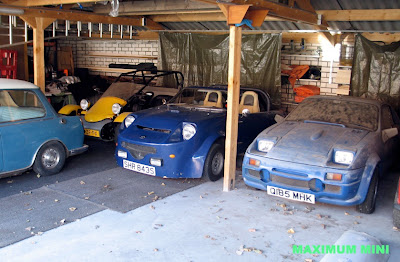