Ever since Stefan Wray bought the remains of the DART and painstakingly reproduced the car in its former splendor, he wanted to race it. I managed to squeeze the just finished car into my book, and a couple of months later, At Goodwood's Revival, Nick Swift steered it to a podium place. Only now Stef took the wheel himself. He wrote: "Hello Jeroen, just a quick one. I've finally managed to hillclimb the DART. Its far too high geared for hillclimbing at the moment and my driving is very rusty but it's still a lot of fun. I'm waiting to hear from a chap I spoke to and who used to live next door but one to Dizzy Addicott. He thinks he might have some old photos of it! I'll keep you informed. Cheers, Stef" And so the file on the car's history continues to grow. Last year some lovely old pictures of the build were found. The pictures below are kindly provided by Dave Giulliatt. Thanks chaps! 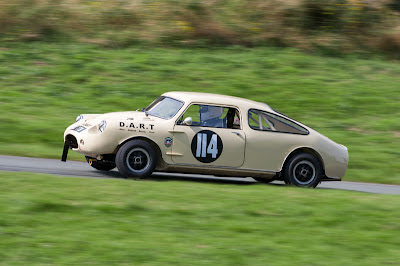 Up-up-up. The DART is hillclimbed for the first time by its current owner
Picture: Dave Giulliatt 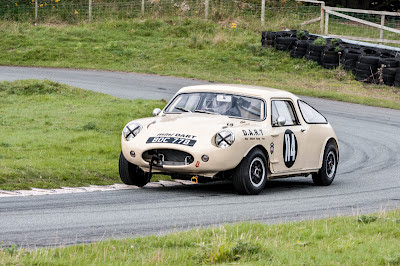 It's too high geared for hillclimbing, says Wray, but he still had lots of fun
Picture: Dave Giulliatt 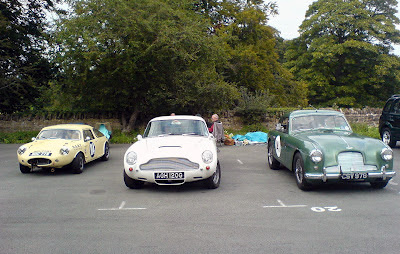