Enthusiasts have been building Jiminis since the mid-1970s and carry on doing so to this day, as proves Nigel Lamb who finished his' last year. It prompted another reader to drop me a line about the example he built - back in 1977! Jim Meikle wrote: "Hi. I just thought that you may be interested in my Jimini - I say 'My Jimini', well, I have just sold it, after 36 years of ownership. I built it in 1977, from a 1963 Mini. It was originally supplied in bright orange from the factory - 'Jimini Automotive', based at Brooklands. It travelled in the removal van, when I moved home to Scotland. The current paint job was completed in 1983. It is now in Northern Ireland. It has been in use since 1977, and is still road legal. Hope you enjoy the pictures." I certainly do, Jim, thanks for these! Meanwhile, Nigel has decided to sell his car to fund another Mini based project. See the ad here. 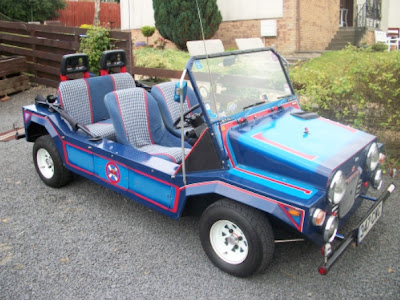 Jim built this cheerful Jimini in 1977 and used it for 36 years. He now sold it
Picture courtesy Jim Meikle 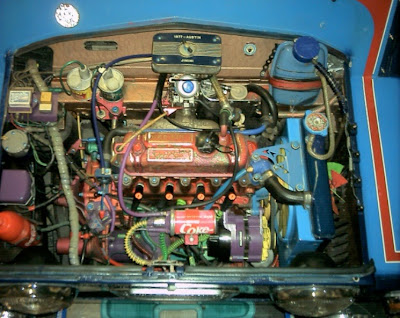 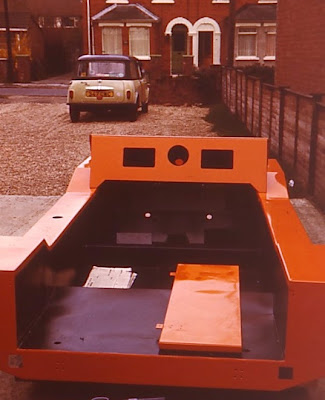 And that's how the shell came in in 1977. Note Mini donor '347 CMC' in the back
Picture courtesy Jim Meikle