Mini based Beach Cars - we've seen plenty of these over here, haven't we? But hang on, this is one of a different kind. And avid reader Peter Camping prompted me about it: the Mini powered Beach Mk4 - an ultra light racing car from the US of A for goodness' sake. Before Gene Beach made a name in Europe with his Formula V cars, he'd built several other racers. And the first of his Mk4b's (serial number 100) was at one time kitted out with a Mini engine. According to Beach Racing Cars (still in business!) this car was originally shipped as a kit to a racing enthusiast in Texas in September 1964 who built it up with a Bandini engine. He raced it for several seasons, too. After that it was traded and received a 1275 Mini engine in 1968/'69 by its new owner who ran a Mini specialist shop in Texas (really!). A new body was made, too, and the racer now became knnown as the 'Pop-Rivet Special'. It was raced in Texas and Mexico, both with the original fibreglass body as with the new alloy one. Until 1970 it did so when it was sold on again, once again receiving another engine. As a matter of fact the car lives to this day. It's had an Cosworth engine, and more recently a Ford 1600. Unfortunately no pictures of the engine bay in its Mini day seem to have survived. It's a car that does belong here though. Thanks Peter! 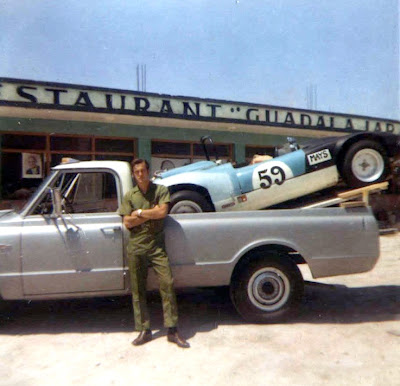 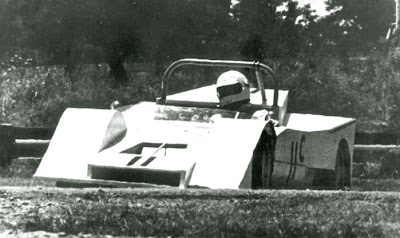