Mini based ice racer to be resurrected

Motor sport has many variations but I must admit I wasn't too familiar with ice racing. I'm catching up now, though, and understand it's a sport that is particularly popular in Scandinavia, the northern states of the USA and Canada. And the car you see here was built for it and used extensively in the late 1960s and early 1970s. There's no doubt it's a Mini based creature and a ultra lightweight one too.

I understand it was known as 'Orange Crush', built and raced on the frozen lakes in the Midwest by Hank Beachy. Unfortunately Beachy passed away some nine years ago, but his racer survives. Only recently it was freed from a barn to be taken over by the British Transportation Museum in Dayton, Ohio. Although the lines of the Mini are still recognisable it's clear that Beachy totally modified his tangerine racer. I think just about any possible body panel is chopped, it's fully deseamed and very much streamlined. Just look at the rake of the windscreen. It was discovered with its engine, but unfortunately that's not with it anymore now. And it looks like the chap who took it out wasn't particularly careful, too, judging by the way the nose is broken... Anyway: the good news is that the museum is planning to restore it and they have allready been donated a new engine by Mini enthusiast Larry Tomlin. Thanks Roald Rakers and Charlie Pollett for the tip. 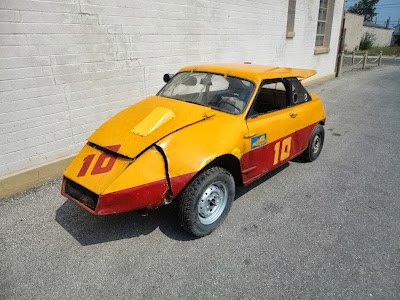 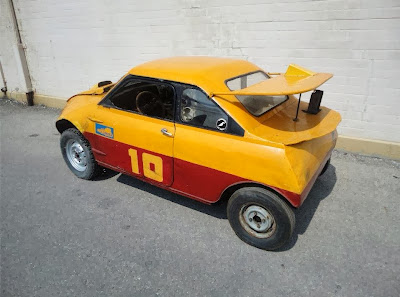 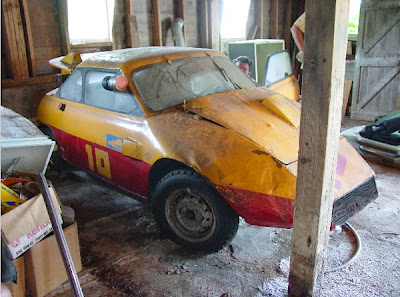 This is how the car was discovered recently. It hasn't seen the ice track for ages
Picture courtesy British Transportation Museum 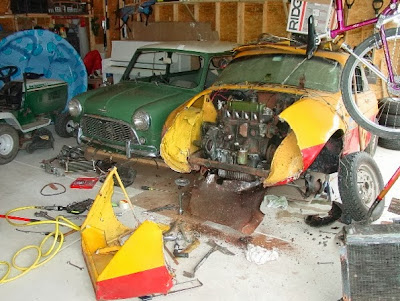 Unfortunately the original racing engine was taken out. Not without scratches.
Picture courtesy British Transportation Museum 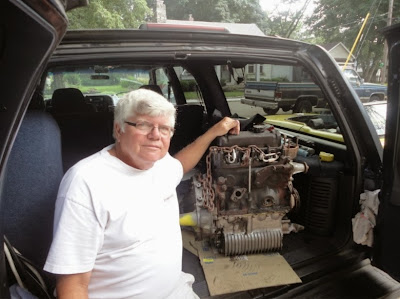