I received some nice updates on my Unipower GT listing (click here). Thanks for these! In the first place I understand that the car registered NGH 8D is the same as れにち57 ん66-81, so that's one car less in Japan. However, another one now fills the gap as I have been sent some mysterious pictures of an orange coloured GT in a Japanese warehouse. Unfortunately there's no information whatsoever coming with them and I have no idea where exactly they were taken or by whom. There's a big white block obstructing a part of the image. The car appears to be in good company though, as it rubs shoulders with a Mini Marcos, a Lotus Mk4 and a Mini registered JAN 4, which was used for a famous Janspeed race car. Could the Unipower be another Janspeed tuned car?

Next, there appears to be a 4th Unipower GT in Spain. Miguel Plano from Quebec, Canada, knows about another Spanish registered Unipower. He sent in two pictures of a yellow Mk1 which was photographed in Madrid with the registration M-778 776. The pictures come from a book named 'Enciclopedia del Automovil' that was published around 1970. The question now is if the car survives...

Last but not least Francois Tasiaux from Brussels, Belgium, tells me that the ex-Janspeed car, chassis number 12669 (also for sale here, scroll down), was offered at an auction in Berge's in Brussels on Monday October 7th. The estimate was set at 30-35,000 Euros and bidding started at 20,000. Or actually, it didn't as not a single bid was made to buy this nice car... 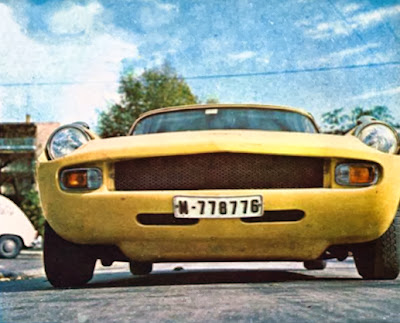 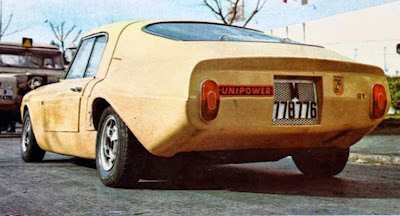 Judging by the rear lights this is a Mk1. Anyone who recognizes the yellow badge?
Picture courtesy Enciclopedia del Automovil 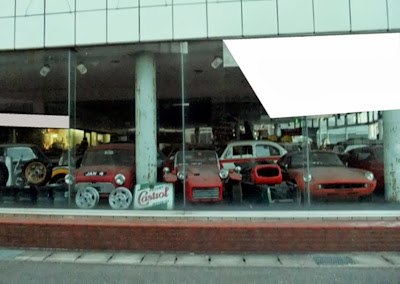 Mystery in Japan. This place hides a Unipower plus what looks like a famous Janspeed racer
Picture source unknown 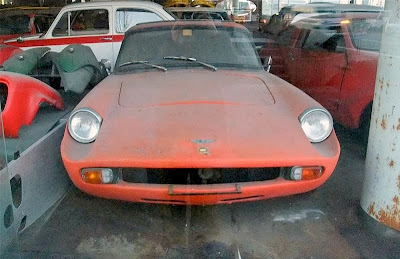 Mk1 or Mk2- it's hard to tell from this point. Black windscreen surround may be a clue
Picture source unknown 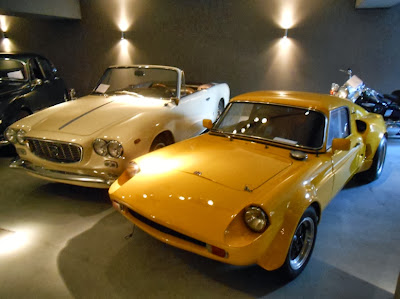