It took a long time to find a nice example of the ABC Tricar, but I finally managed to do so - thank you. Meanwhile I received some messages from people who have or had ABCs in the past. And Robin Smith of Buckinghamshire is the last but definitely not the least in line. In fact his Tricar, the rusty hulk you see below, is the prototype! Robin wrote: "Hi Jeroen, sorry these pictures are not that great but taken today so you can see its current state. The Tricar was purchased by my late father Doug Smith in 1974 from a local lady and it was used as a daily runaround by all the family and was great fun. It was stripped approximately 20 years ago and a new subframe and floor pans were welded into place. It's pretty much sat still since. The rear bodywork uses the bonnet from a Morris Minor 1000 and it has a waterproof panel that pops on the screen aperture and roll bar. It also still has its original engine which is an 850. The original logbook says 'Model number 1' and this was confirmed by Mister Powell to my father over the telephone many years ago." I can confirm that, too, as I have some historical pictures of the car clearly wearing the same registration number and Minor bonnet!

Robin continues: "My father was an avid collector of all sorts of vehicles from tractors to commercial vehicles and from old buses to cars, from the Mini through to Bentleys old and new. He wouldn't let any old vehicle get scrapped. He passed away almost 7 years ago and I'm still selling some of his vehicles to this day - that's how much of a collector he was!" Thanks very much for sharing, Robin! 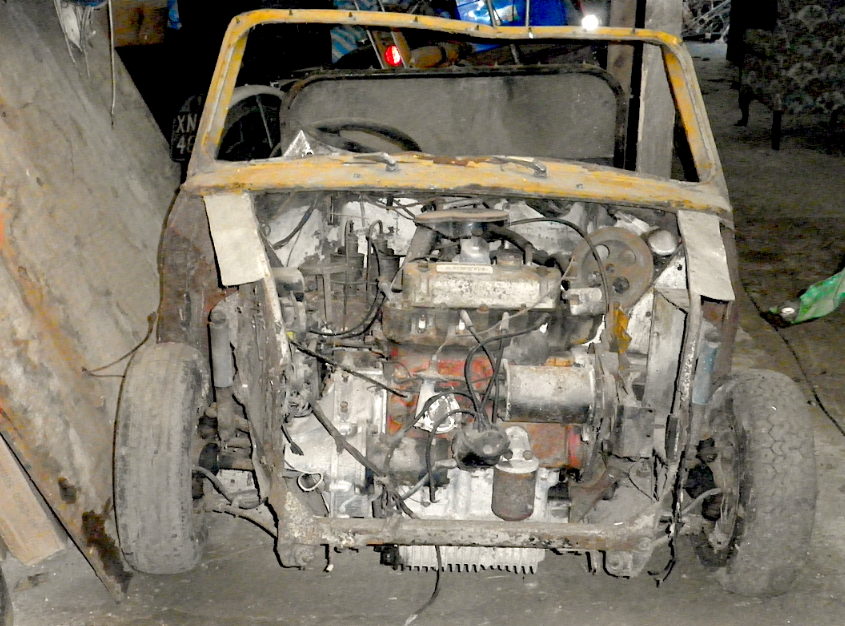 ABC Tricar prototype may be in a pretty sorry state, but at least it's still there!
Picture courtesy Robin Smith 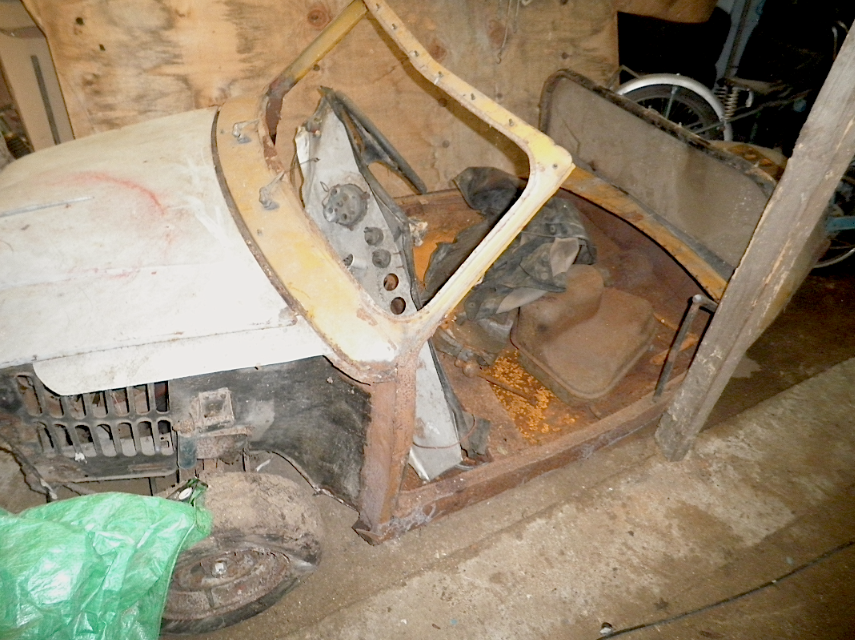 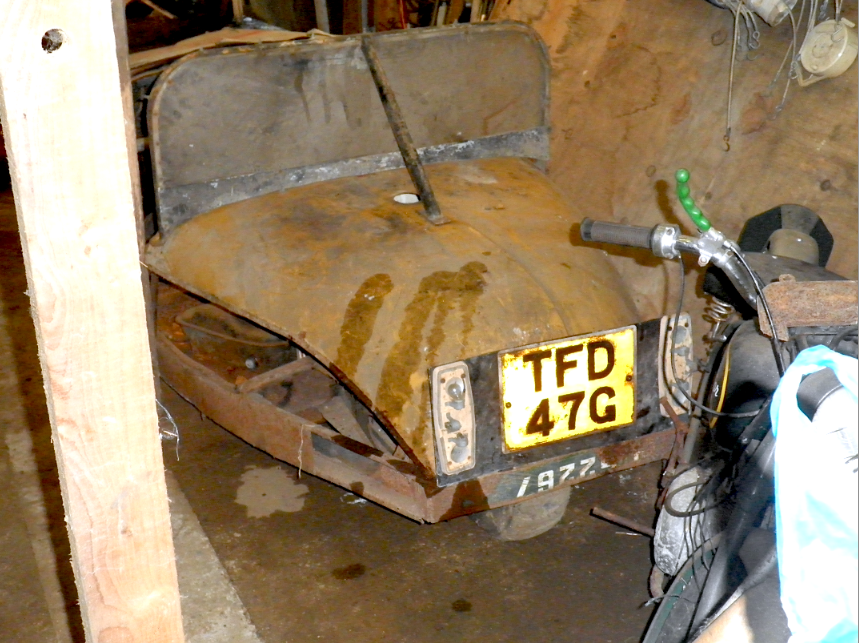 No doubt about it being the prototype. Rear body made from Morris Minor bonnet
Picture courtesy Robin Smith 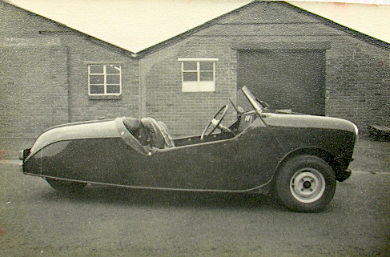 That's it in 1968. It was Trevor Powell's personal transport for quite a while
Picture Jeroen Booij archive