We know Stimson Mini Bugs were sold in Switzerland and at least two appear to have made it to the Swiss - see here. I never found out more about the concessionaire - 'Carrosserie Brühwiler' in Luzern though. They do seem to have sold some vicars though as now I was sent some more pictures of a Swiss Bug, as seen in the buggy scene back in its heyday. I don't know much about them, do not even know who shot them or where they came from but the watermark suggests one source or another. So, let me know if they are yours, I hope I can just borrow them for now. 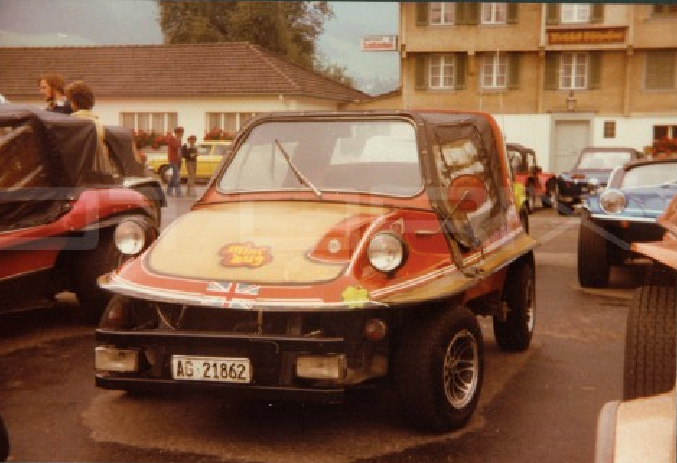 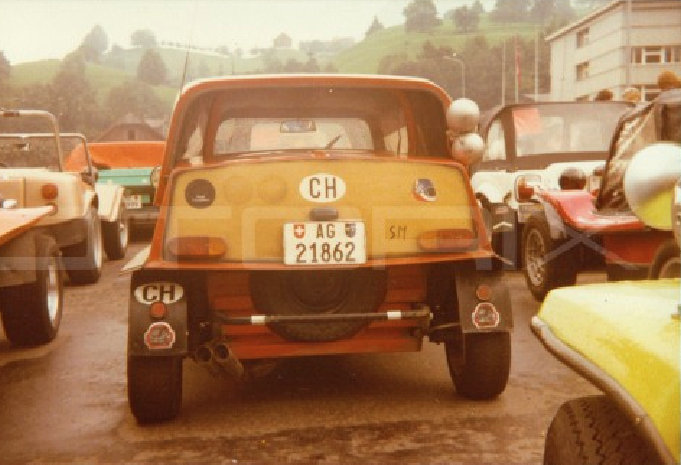 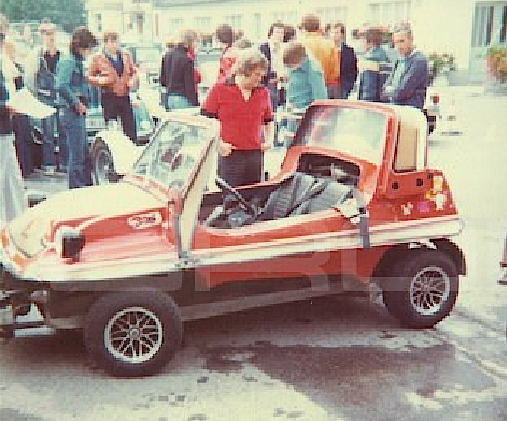 A Mini based buggy in between many VWs at a Swiss meeting in the 70s or 80s
Picture source unknown
Geplaatst door Maximum Mini op 09:46