An Andersen Cub - but not as we know it

This is one Andersen Cub variant I'd never heard of: the Military version, named RTPV Cub, for Rough Terrain Patrol Vehicle. According to the leaflet testing by the British Army proved its strength, but I am not sure about any survivors. It would be nice to learn a bit more about it though... 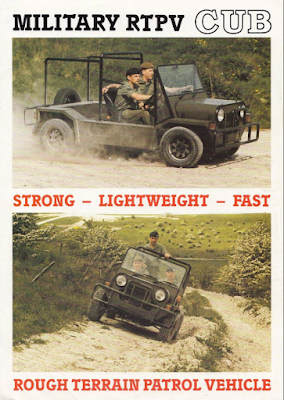 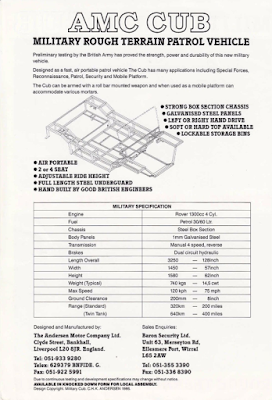 Said to be air portable and British Army tested - are there any RTPV survivors?
Picture Jeroen Booij archive 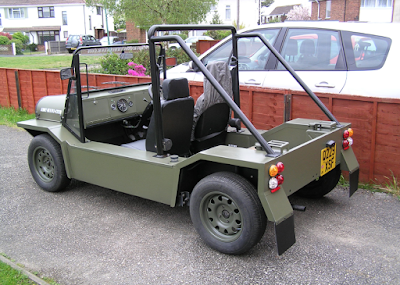 Wayne Morris' Andersen Cub was given the military theme, but is not an RTPV
Picture courtesy Wayne Morris