Work on replicas of the Broadspeed GT is going on in several countries, and over in France, close to Lyon, Olivier Filliettaz is slowly but surely getting his car ready. Olivier has been working from photographs to build the Mini of his dreams, as he wrote: "Hi Jeroen. I am 44 years old and bought my first Mini when I was 19. After having travelled to the UK at 20 where I bought my first copy of MiniWorld, I fell in love with the Broadspeed. Since that time I had a Van, Pick-up, Moke and a lot of Mk1/Mk2 Minis, several Coopers and Cooper 'S's, but I always longed for a Broadspeed GT. And so I bought a very poor Mk1 998 Cooper and started work on that. I have 'Sprinted' it and made a master mould from the roof to the rear back, working only with pictures. It's on the way now, as the fiberglass roof, taken from the mould, is on the car at this time. I think in the Spring or Summer of next year it will be driving. The car is for myself, but also to see how the job between fiberglass and steel will need to be done… I have also already bought a cut roof Mk2 shell, which will be turned into the second car…"

Update 24 February 2017: Work is progressing, but first a little note: Olivier writes: "Jeroen, I think we have to rename the tittle of your article. Broadsprint may be better than Broadspeed GT replica, I think, because I'm sure that the original Broadspeed GT wasn't 'sprinted' on the bottom? Mine is sprinted top and bottom!" 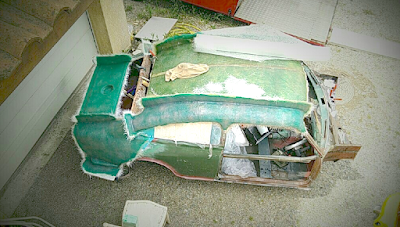 Take a poor Mk1 Mini shell and lots of fiberglass to build your dream car. Olivier does it!
Picture courtesy Olivier Filliettaz 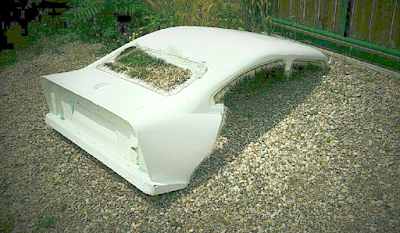 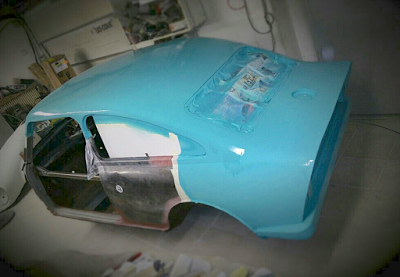 Like so. First car will be Olivier's own proto but he is thinking of building more of them
Picture courtesy Olivier Filliettaz 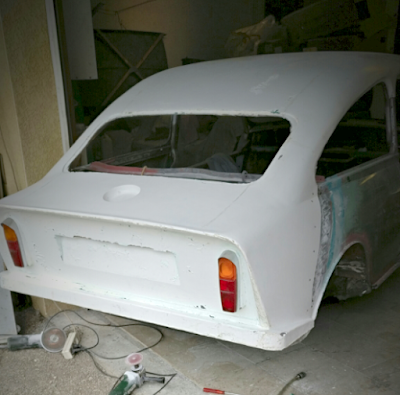 Olivier's Broadspeed GT replica should be finished by next year. We'll keep an eye on the project here
Picture courtesy Olivier Filliettaz