This could start an interesting conversation. Tom got in touch about a car, which he thinks could be the last Mini coachbuilt by Wood & Pickett. He wrote: "Jeroen, as promised here some pics of something
potentially interesting, the allegedly last ever build W&P Mini. The story I've been told goes as follows:

The then owner of W&P decided to have another Mini fitted out in around 1986, thinking it would sell quickly and make some money.  A brand new unregistered Mini was sourced and converted in the style of the well known cars from the late '60s and early '70s. The night before the finished car was to be transferred from the workshop to the sales room, a break-in happened at the workshop and the car was stripped off its interior and other bits. An insurance claim followed, the car was a financial write-off and Mr. W&P had his quick sale. The words insurance fraud were mentioned as part of the story I was told."

"The still unregistered car then spend over 25 years at the yard of a company specialised in selling insurance damaged vehicles in Shropshire, occasionally being moved about by a forklift truck if required. Eventually the owner of a small repair shop local to me mangaed to purchase it and started to fit it out - potentially another one looking for quick and easy money. He had no idea what the car originally looked like so he did what he fancied, fitted what he could source resonably cheap and what he thought the car might have looked like."

"He eventually managed to get it registered with an age related registration and put it up for sale. By the time I took these pictures, about two years ago I think, the price had dropped from, I believe, £16k to just under £10k. Considering that W&P would not want to know anything about the car - apparantly the previous owners of the company were a little dodgy to say the least, and the general condition and repair quality of the car, I made a lower offer which was refused. It was then fitted with a 1275cc engine and automatic gear box, as far as I could make out much older than 1986."

"The seller claimed that he was in email contact with the person who originally fitted the car out but had the moved to Australia and had confirmed the authenticity of the car. The car then disappeared from the spot after a while, so I assume it had found a new owner. If you are really interested, I will try to find out where it went, just let me know. Cheers, Tom." Well, that's unnecessary to ask. Thanks for the contribution Tom and do keep us posted if anything news comes along!

UPDATE 14:30 hrs:
I have received an anonymous message from a self-proclaimed 'WP Expert'. He wrote: "I am a WP expert and this is only a 'copy' by persons unknown. Among other things wrong: roof edges near 'B' posts wrong, position of small windows wrong, shape and size and position of rear oval wrong, rear pockets not modified, vinyl roof design/finishing is wrong, etc. This is just another fantasy and 'made up' fake WP. Sincerely."

UPDATE 15:00 hrs:
Or is he totally wrong? Henk van Brakel spotted the car at around Christmas 1980 (?!) in the Wood & Pickett show room at Berkeley Square, central London. That would definitely make it an official car, I'd say. Henk's pictures are attached below. 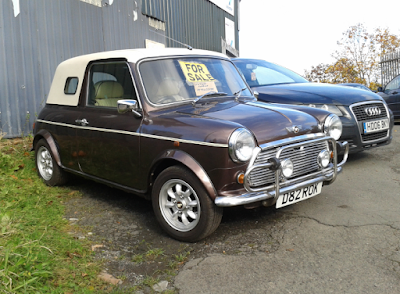 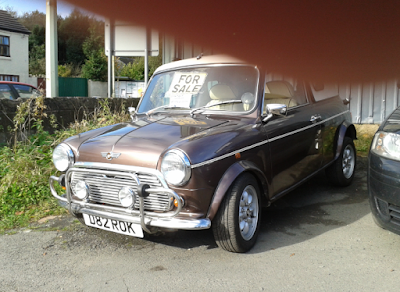 The car comes with a history including theft, insurance fraud and quick profits
Picture courtesy Tom 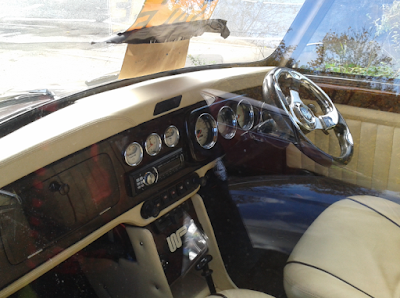 W&P apparently doesn't want to know about it, although the company's name is spread all over
Picture courtesy Tom 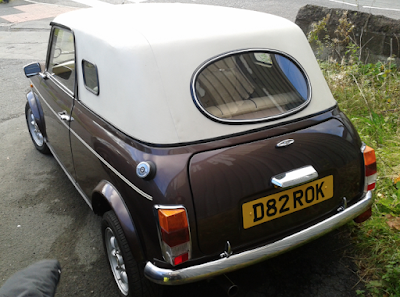 Oval rear window is typical for the company's later cars, as are little side screens
Picture courtesy Tom 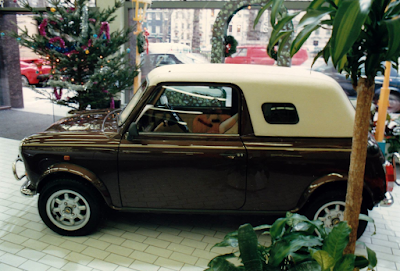 This definitely looks to be the same car. Picture was taken at around 1980 though
Picture courtesy Henk van Brakel 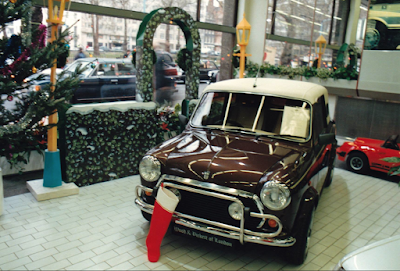