Wearing chassis number FO 1 8 66 - for Fletcher Ogle number 1, August 1966 - it's 50 years ago that the Fletcher GT debuted. Speedboat manufacturer Norman Fletcher had acquired the Ogle SX1000 project and turned that into the Fletcher GT, which was first seen at Castle Combe when entered in the Hagley 100 race on the 20th August 1966. It used an ageing 1100cc engine at the time and a John Aley rollcage was fitted. The car was entered by Gilbert Baird and driven by John Handley and managed to win its class despite an aging 1100 engine.

More on the car's history here. We all know what happened to it more recently when in ownership of Paul Ogle, who'd lovingly named it Kirsty the Flogle (if you do not know what happened, click here, but be warned), so it's good to remember the car now that it would have celebrated its 50th birthday. 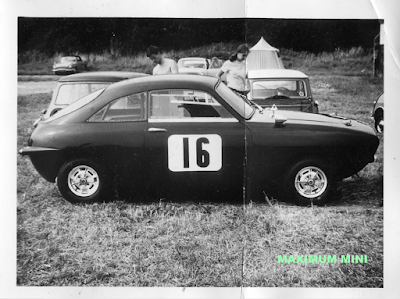 First of the Fletchers in the Castle Combe paddock, where it debuted in August 1966
Picture courtesy Paul Ogle 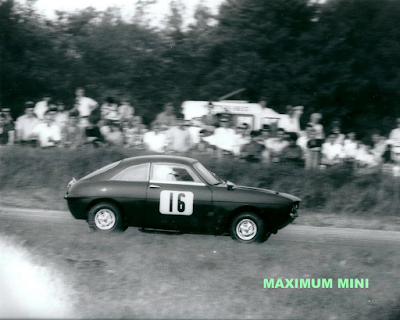 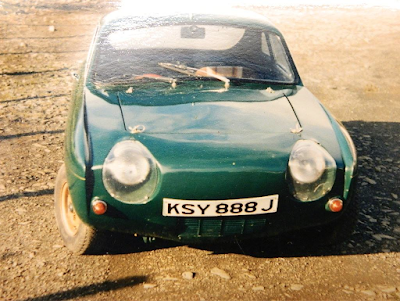 This picture, dating back to the 1980s, came to the light only recently. Note lack of grille
Picture courtesy Paul Ogle 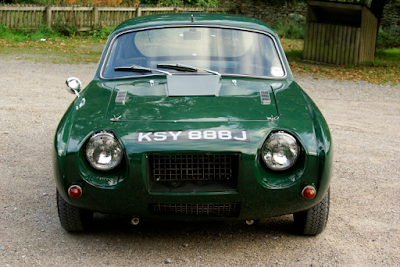 This is what it looked like when Paul had the car. Unfortunately it is no longer with us
Picture courtesy Paul Ogle