In early 2014, a very rare Ranger Cub 4 appeared up for sale. Well, the body for such a car - see here. A second four-wheeler Cub has now come up on the same well-known sales website and I believe it could well be the car that made it to the 1975 Speed Show in London. Where the earlier Cub 4 was black - like the one seen in promotional photographs; this one is red in colour, which matches with the picture I have of the 1975 Ranger stand. The car is is for sale in Telford, Shropshire and the seller states the following (bad grammar warning): "Ranger kit car mini based kit car logbook says mini pick up date of reg is 5/2/1968. Had this car in px of another car. It's not running I no nothing about the car. needs lots off work . I have the v5 (log book). Must be paid for and picked up with in five days. Cash on collection." Definitely not the best advertisement, but certainly a rare treat? I believe just four bodies were made... 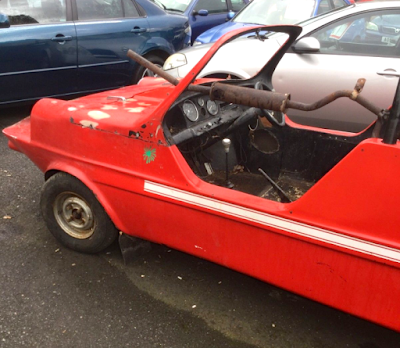 That's a Ranger Cub for sure. But not as we know it (if we do at all)…
Picture courtesy ebay.co.uk 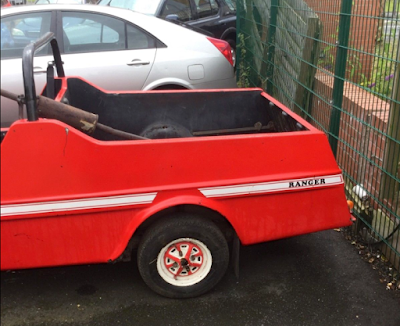 ...As this one comes with the pick up rear and four rather then three wheels
Picture courtesy ebay.co.uk 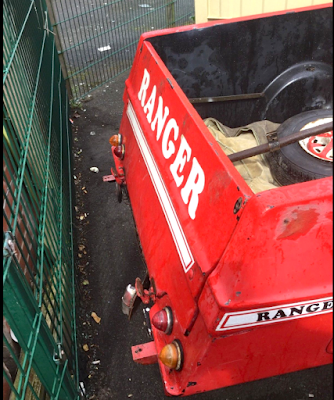 Rear is largely similar to the Ranger Pick Up including a dropping tailgate
Picture courtesy ebay.co.uk 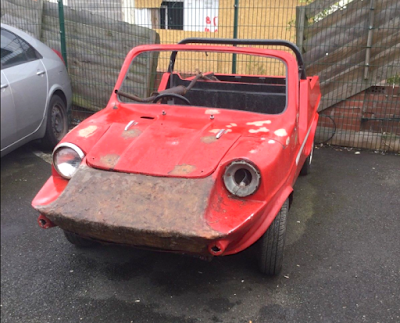 Not sure what happened to the car's nose, but it won't be rust. It was registered NEG 241F
Picture courtesy ebay.co.uk 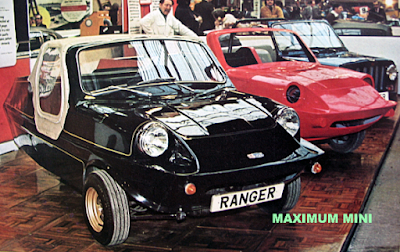 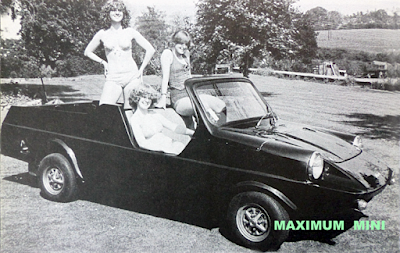 This black one, registered 524 NOA was used for all the publicity pictures
Picture Jeroen Booij archive