Warning: this is a very obscure book. But as a great admirer of Jean-Claude Hrubon it's also one I couldn't miss and so I was much pleased when a manilla envelope fell on my door mat earlier this week, with my address written on the back in Hrubon's own classic handwriting.

That itself is indicative to the actual book, as it clearly is an effort by the man himself, 78 years of age now. In his own words: "'Du Scaphandre a la course' is the story and the summary of a passion that has been the device of a life, entirely consecrated on racing cars. This book has been produced completely in my own atelier, In between the vines, olive trees and my donkeys in the Provence. Printing, fabrication, binding, finish, all is done by hand with the idea to sell them." There's no doubt I needed this book as soon as I heard of it.

Actually it's a set of two books - 'Du Scaphandre a la Course' tome 1 and tome 2. Or 'Of scuba diving suit to the Circuit' volume 1 and volume 2. Hrubon started his professional career as a scuba diver, hence the title. Volume 1 is the one to read, as Hrubon describes his life throughout its 104 pages. The early parts were new to me as I had never heard any of his stories from his youth, his time as a military and his days as a professional scuba diver. All certainly entertaining, but it's the later period that makes the book an interesting read for me: Hrubon's days as a Mini mechanic, a garage holder in downtown Paris and of course about the Le Mans adventures with the Mini Marcos in 1966 and the later Hrubon Theleme in 1967. But also about building the Mini based Hrubon Phaeton and the Renault based Dallas plus Hrubon's days as a Ferrari dealer in Saint-Tropez. Most of the anecdotes weren't new to me, as I'd interviewed the man some years ago at his  estate in the Provence. But there's much more detail here and it's good to read it first-hand. About him seeing the Marcos for the first time at the Racing Car Show in January 1966 and about the people involved in building it, for example. You'll read it in one evening, assuming you can read French. Despite the cover depicting the Mini Marcos at Le Mans 1966, the second volume does not solely focus on this event, but is a pictorial journey of another 95 pages through Hubon's scrapbooks, with only captions.

There is no doubt this book could have been produced better, but that is also its charm. So… worth the 65.00 euros? Definitely for me. You, too, can buy it here. 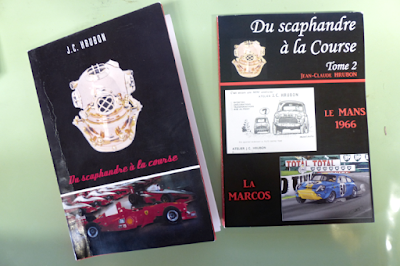 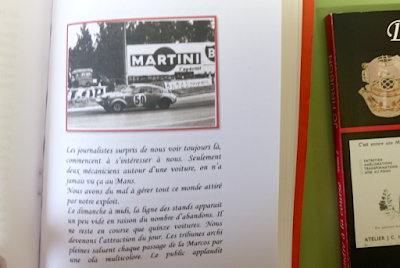 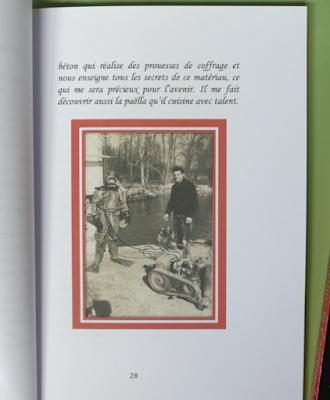 Hrubon in scuba diving suit in one of his earlier lives. He was 21 at the time
Picture Jeroen Booij 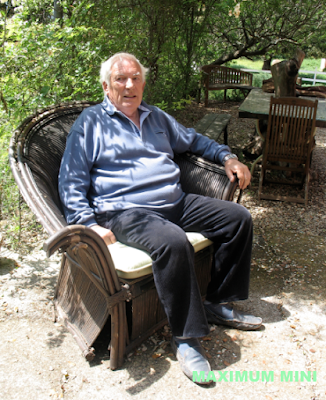 Hrubon in his garden in the Var, southern France, Summer 2013
Picture Jeroen Booij 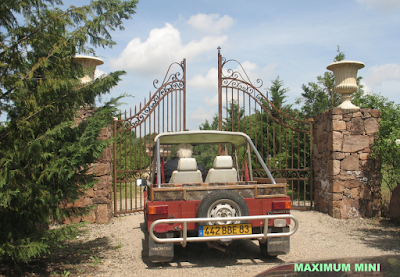 Entering the gate to his estate in his daily driver: a Mini Moke
Picture Jeroen Booij