Heerey from the horse's mouth

None other than Howard Heerey himself recently shared some pictures from the days of old. He wrote: "Works GTM built for the '68 season to compete in the up to 1150cc class, seen here at Ingliston. Loved the paint job, Jaguar indigo metallic fading to aluminium metallic at the bottom of the panels with the big yellow race stripe, which I unfortunately spoilt by putting it through Esso sign at Oulton later in the season. I don't have any photos of the mechanicals, but the radiator was mounted in its normal place on the front of the subframe and then a duct was made out of alloy which directed the air up and back through the hole in the bonnet. The fuel tank was mounted just ahead of the windscreen." Great photographs, thank you very much for sharing them, Howard! 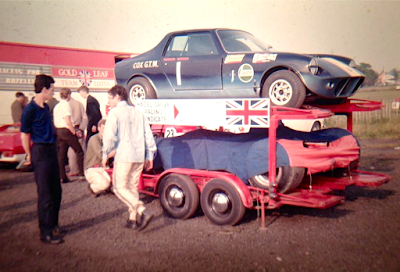 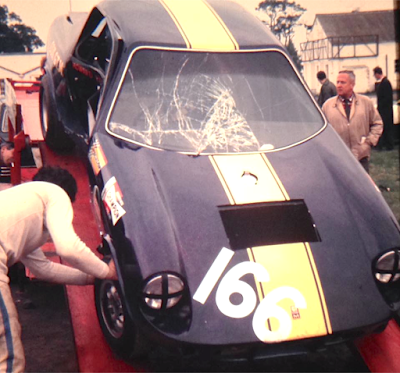 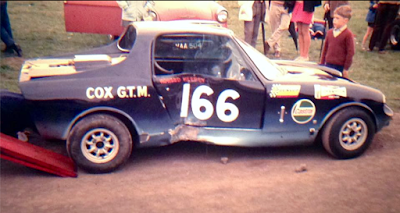 That's not fibreglass! This was after all the prototype, on display in London in 1967
More about it here. But where is it now?
Picture courtesy Howards Heerey
Geplaatst door Maximum Mini op 12:31