Eagle eyed readers had noticed a caption mentioning a former Biota owner I bumped into during the Marcos Euregio Meeting, last August (report here). And I promised to keep in touch with him as he was sure he had some photographical evidence of his former pride and joy. Well… he found it! During 1978 Jan Leppink owned the Biota Mk1 that is fully featured in Maximum Mini 1. It's now owned by brothers Peter and Jos Niessen, who restored it and who enthusiastically run this Biota website.

Over to Jan: "I bought this car in early 1978 of Hans Willem the Pas, who ran the Dutch concessionaire of Ripspeed in Enschede. Throughout that year's season I used it for local auto tests and tinkered with it quite a lot. During the first auto test I did at the former Philips factory grounds in Almelo, the engine mounts came right through the car's subframe and so we had to weld this and added extra bars below the gearbox. I recall the exhaust also being problematic, but after we slightly canted the engine this was solved, too. The coil-over shocks at the rear were simply adjustable through three chassis holes, which could make you change the ride height. And there was also a stabilizer at the rear, this all made it possible to completely change the road behavior, and it good fun to play with."

"The car, however, was still fitted with the old remote gear change, but we had gotten rid of the tail-piece. Instead we'd fabricated the coat-rack gear change with the gear lever poking through the dashboard and that wacky change pattern. Eventually the car made me win the club- as well as the local  championship of the 1978 season. Early 1979 I sold it to finance the next year's project car. But it's good to learn the car is still alive!" It is! Thanks for the recollections, Jan! 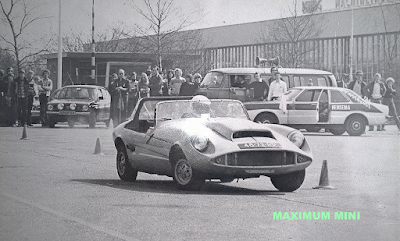 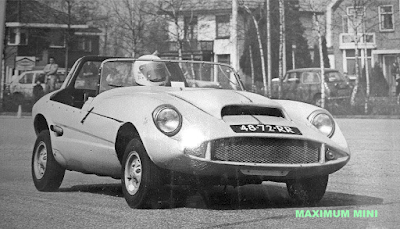 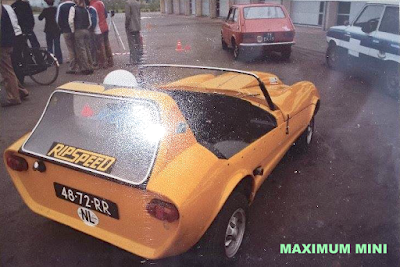 Next up was an auto test in Hengelo, where the former council wharf was turned into the action scene
Jan took over the car from the man who ran Ripspeed in The Netherlands
Picture courtesy Jan Leppink 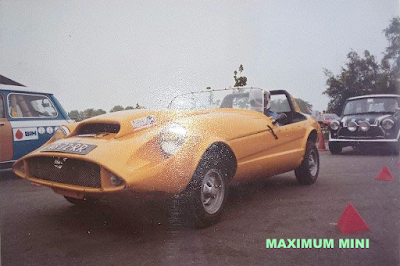 And once again, now photographed during the auto test at the parking grounds of the Hollandse Signaalapparaten factory in Hengelo. All the action took place in 1978
Picture courtesy Jan Leppink

Email ThisBlogThis!Share to TwitterShare to FacebookShare to Pinterest
Labels: Autotesting, Biota, The Netherlands