Last weekend saw in invasion of Minis on the shore of lake Hamanako in Japan. Over 1,000 of them are reported to have made it to this scenic place in the Shizuoka prefecture. Last year, the event was held at the same spot when Mini derivatives were the main theme, with a central display of some interesting Mini based cars. Earlier last year, they also had a gathering of Marcoses, see here. This year, the focus lay on 1959 Minis, but still there were some interesting variants on display, too. A small selection below. 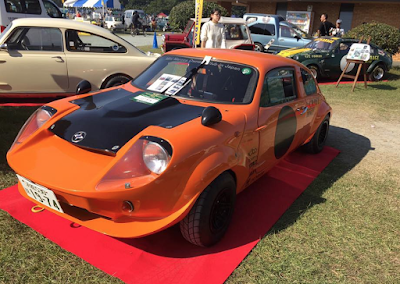 That's a purposeful-looking Mini Marcos Mk4. The body is believed to be fully made of carbon fibre
Picture courtesy JMSA 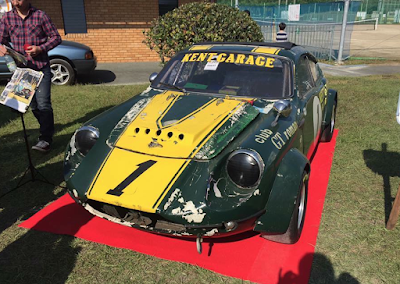 And a Mini Jem we've seen before, too (click). It looks rough, but is on the road just like that
Picture courtesy JMSA 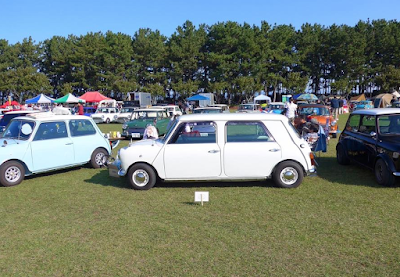 I don't think this is a Mengers Four Mini, but somebody may know more about it
Picture courtesy JMSA 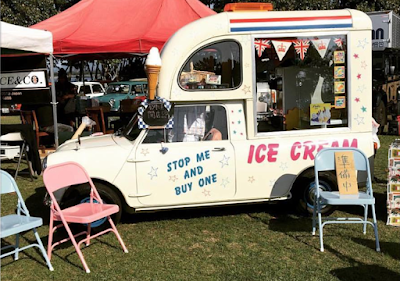 Refreshments in style: a nice Mini based ice cream van in use for what it's meant to be used
Picture courtesy JMSA 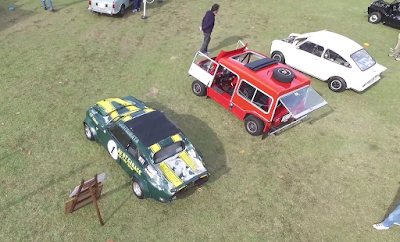 This was last year: that Jem again, an unusual Moke with hardtop and a Broadspeed GT
Picture courtesy JMSA 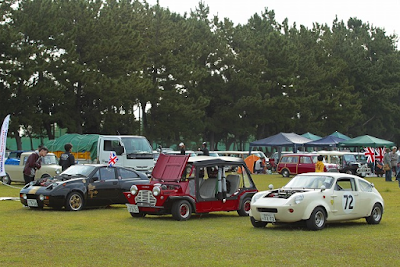 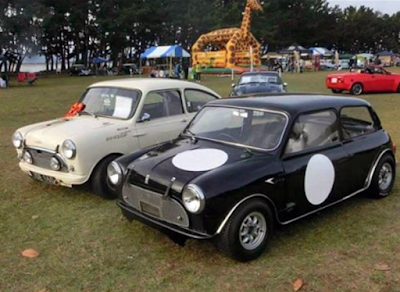