Your Cox and Heerey GTM projects

Reader Peter Skitt is not on his own, working on his Cox GTM. After I wrote about his project earlier this month (click here), a number of people followed, showing their Cox or Heerey GTM project car. 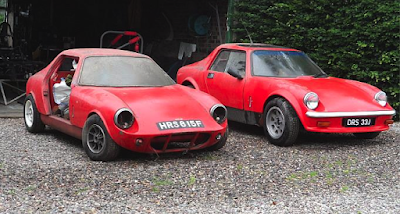 Parked next to his GTM Coupe, this very early Cox is owned by Douglas Anderson
Douglas is planning a restoration on the car, but has quite a few other projects
Picture courtesy Douglas Anderson 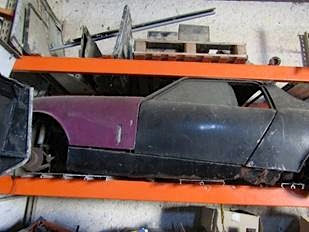 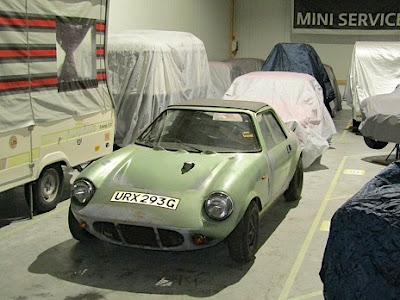 And it rubs shoulders with this car, also due to be restored by Alfred in Austria.
The car's registration is of 1969 but the V5 says it's a Cox GTM
Picture courtesy Alfred Schönbauer 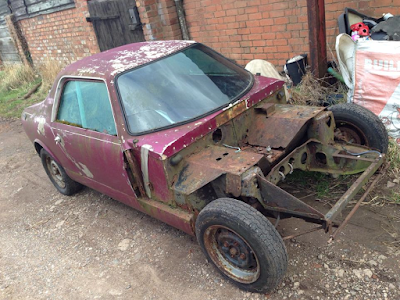 This car was owned by Chris Clifford until recently, but he sold it only last week
Feel free to keep me posted on the restoration if you are the new owner
Picture courtesy Chris Clifford 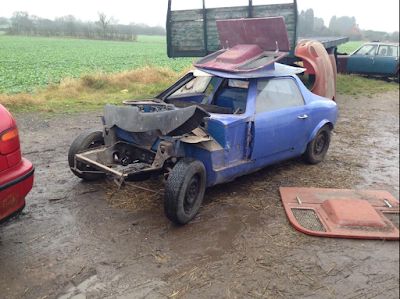 While this car was also owned by Chris. He wrote: I've had it for many years, but
have too many projects!" It's gone to France now
Picture courtesy Chris Clifford 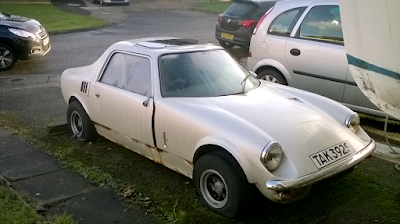 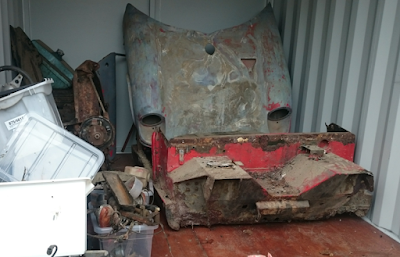 Simon Grist wrote: "I am not even starting the build till this winter, but the photo
gives an idea of what I have so far, a long way to go!"
Picture courtesy Simon Grist

UPDATE 19:50 - Dimitri Cornet contacted me, writing: "Hello. My name is Dimitri I am the new owner of the blue Cox and the red one without the front end. I bought the lot from Chris. The Cox is an ex-racer and the red one is a 1971 Heerey GTM. I am going to leave the red one alone but I will restore and race the blue one, hopefully end of this year or beginning of next year. I am French but I live in England so both cars are still there.
I also went to see the car in Belgium, I think it's a Cox but this car doesn't have a V5, I think it was lost. I am pretty sure this car in Belgium had a crash in its previous life as the chassis is all twisted. It's the reason why I didn't buy it. I will let you know and keep you updated on the restoration of the blue car."
Thank you Dimitri!