A little tribute to David Ogle

The idea was to post this little snippet on 25 May, with the reason being that it was exactly 55 years since David Ogle passed away on that very day. But then I forgot. So, here it is, quite a lot later then it was meant. I have added a small piece from The Autocar magazine, too, plus a rather sensational newspaper clipping about Ogle's death, showing an actual photograph of the burning car in which he found death. It's the only photograph of the accident I have ever seen, and in fact the only one of that specific car, too. As you may know the SX1000 in question was in fact the prototype Ogle Lightweight GT, a road/racing version of the SX1000. Moving images of David Ogle driving his Mini based beauty here. 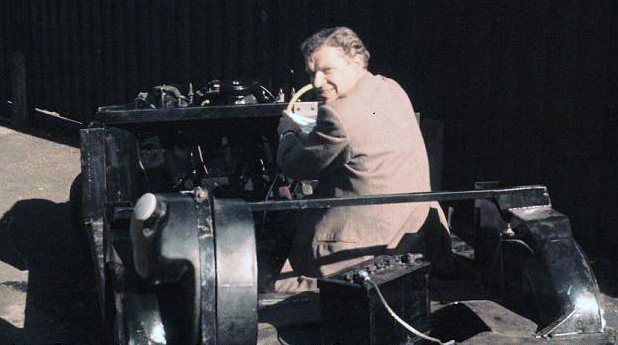 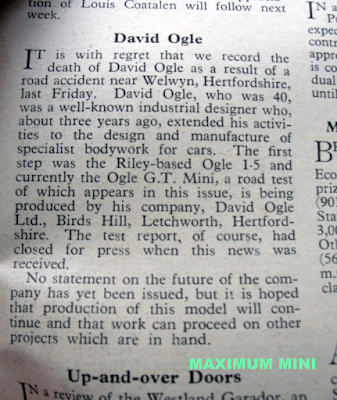 Obituary from The Autocar. The same issue contained a full driving test of the SX1000
Picture Jeroen Booij archive 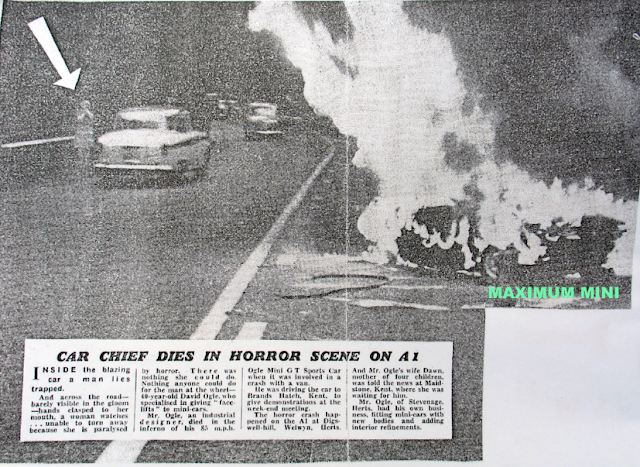 Sensational newspaper clipping on Ogle's death, showing the actual burning car in which he was trapped
Picture Jeroen Booij archive, via Paul Fleetwood