I have told you that Peter and Paul of Seventies Car Restoration are now working on my car's body (click here) and give me a call regularly with their latest news. I was curious how the state of the doors was and was not disappointed. I also wondered if anything of the old number 50, painted in black onto the white racing roundels could still be traced, and Paul did his very best to search for that. Peter wrote to me: "Paul has traced it, lining it up with the door edge for recreation as it was. On the passenger door you can clearly see the remains of a 'five' and a 'zero'." Well… clearly may be a bit of an exagaration, but with some good will, you can indeed see that some of the lines of the '5' and the '0' are still there. Finding them back completely would be impossible as the roundel wore a different number several times after Le Mans, too. I have attached some historical photographs below in chronological order to show you the racing numbers it used in its early days. 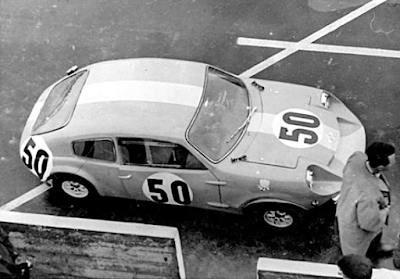 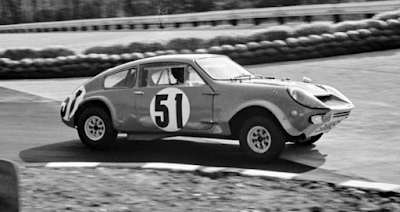 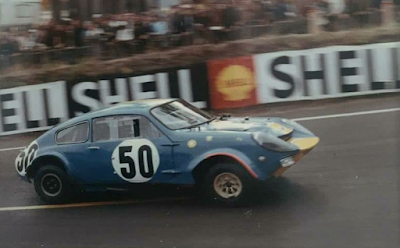 Le Mans 24 hours on 18 and 19 june 1966. Number 50 for it's most famous race
Picture Jeroen Booij archive / through Enguerrand Lecesne 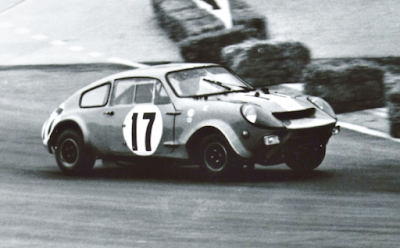 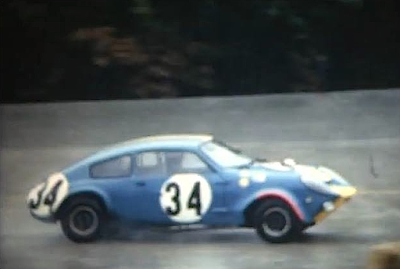 The 1000 kms of Paris a year later in 1967, now with number 34. Shortly before being repainted and sold
Picture Jeroen Booij archive 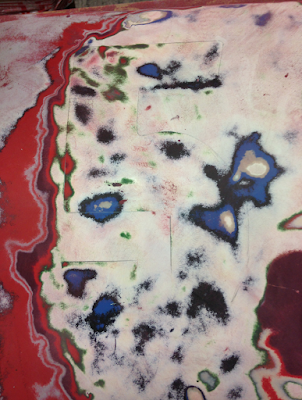 This is the same right hand door as seen above, with the '5' of '50' lined out, click for bigger
Picture Peter Skitt 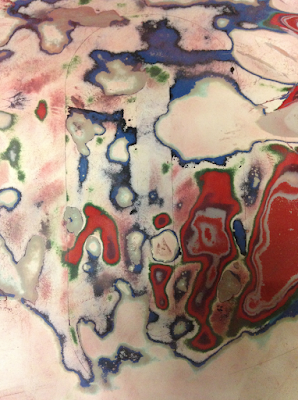 And this is where the '0' of '50' is placed. Look good and note that some of it is still there…
Picture Peter Skitt 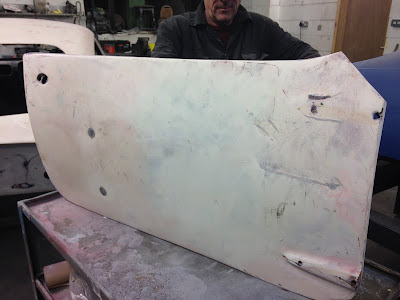 And the same door again, now with all the paint taken off. Apart from one crack it's in a fine shape
Note filled holes for side lights to illuminate the racing number during the night
Picture Peter Skitt 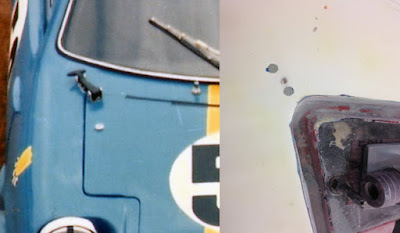 And a nice bonus image. The original bonnet strap on the left. The holes to have it fitted were revealed by rubbing off all the paint layers and are clearly visible on the car now (right)
Pictures Jeroen Booij archive / Peter Skitt