Jeremy's Jem at the Nurburgring

I was sent another picture of Jeremy Delmar-Morgan racing his Mk1 MiniJem at the Nürburgring 500km in September 1966. This must have been an exiting race with several more Mini based cars participating (more about it here). Delmar-Morgan finished second in class (up to one litre) that day, going home as the best of the Mini derivatives. I wonder if there is anyone who knows more about the car. What engine did he use, what colour was it and... does it survive? 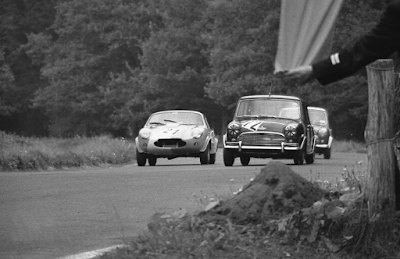 Taking over a duo of ordinary saloons. And is that a blue flag for the Minis?
Picture Veit Arenz 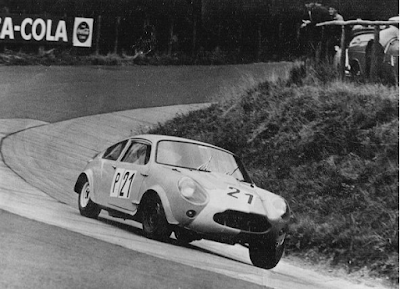 In the famous Karussell bend, a picture that made it to MiniJem advertisements (here)
Picture Jeroen Booij archive 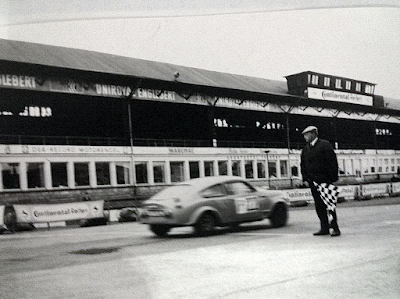