It seems that a rare George Barris built 'Mini Surfer' Moke survives in the US (click here to find out what they are about). Last week, the owner of what appears to be one of them contacted the Moke forum, witing: "Hello, I am new to this forum and I was hoping to get some more information on a vehicle. I have what appears to be a Mini Mike with candy stripe paint and surf board. I was told that it was made for the Beach Boys or their record company by Barris Kustom. There is a Barris sticker on the windshield. Can anyone give me more information on the Mini Surfer Mokes? Are there any other Mini's out there like mine? I will try to provide pictures once I clean it up."

He did post one very dark and sketchy picture, which does at least show the Barris Kustom window sticker and a tiny little bit of the car. Could it be one of supposed five built for the Beach Boys themselves, or one of 20 cars to be given away in a raffle? The stripes on it seem darker then expected, but who knows..? More to follow soon, hopefully! By the way... I happen to be going to a Brian Wilson gig on Monday, so if I do get to bump into the great man by any chance, I might just ask him more about them..! 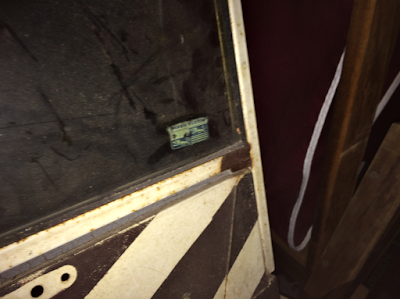 A terrible photograph, but it does seem to show us what is a rare survivor of the Mini Surfers!
Picture courtesy Mokeclub.org 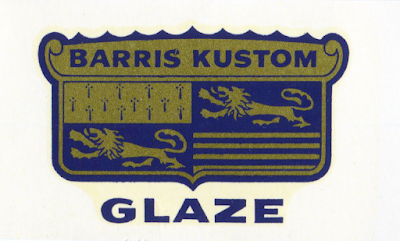 That's the sticker in question. It seems that George Barris had glass made to measure
Picture courtesy Ebay.com 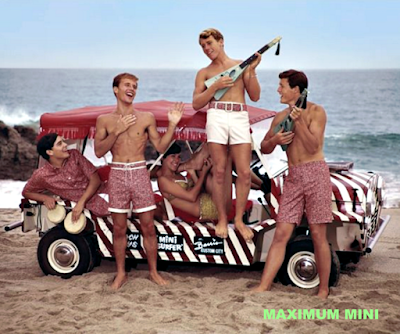 And another recently resurfaced picture of the Mini Surfer Moke. I guess this was one of the 20 giveaway cars that were raffled in a special Beach Boys radio competition
Picture Jeroen Booij archive 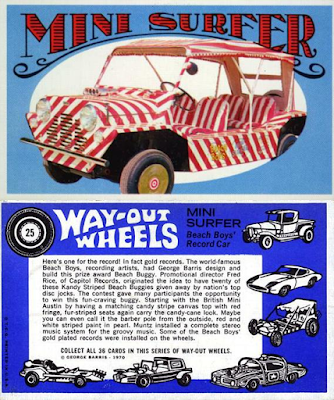 Trading card showing the Mini Surfer, with some more information about them
Picture Jeroen Booij archive