Another nice little clou of the Le Mans Mini Marcos' racing heritage has been unearthed by Seventies Car Restoration this week: the wing mirror mystery! While sanding down the left hand front wing the holes for a mirror came to the surface. However, it seemed that it had two different mirrors at some point. I took a dive into the archive to find out more about it, and you guessed it: it made sense. Have a look for yourself with some nice pictorial proof. 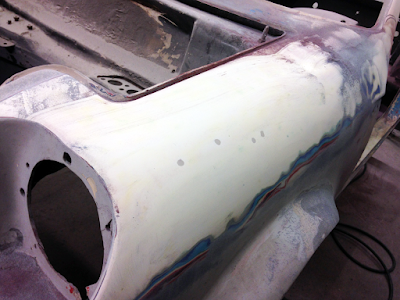 Sanding down the left hand wing unearthed four filled-in holes. What were they for?
Picture Peter Skitt 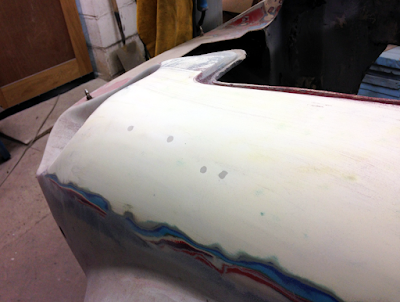 Wing mirrors, obviously. But did it have two mirrors then? It did, carry on to below to find out
Picture Peter Skitt 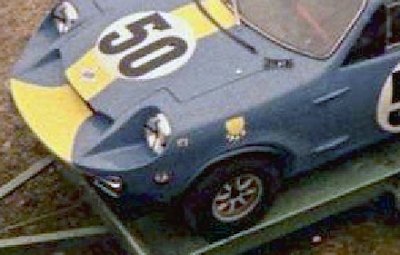 Le Mans test day on April 3, 1966. The car does not wear a mirror on its left hand wing
Picture Jeroen Booij archive 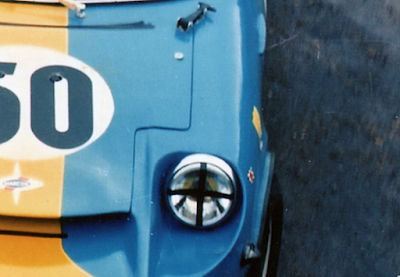 And again, now clearer. This is taken on the same day: Le Mans test on April 3, 1966
Picture Jeroen Booij archive 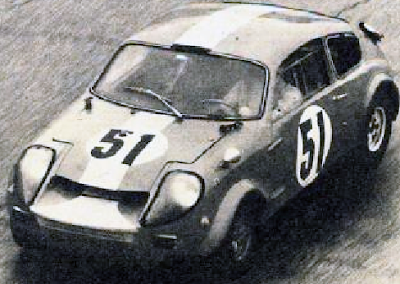 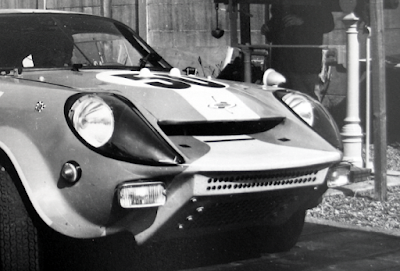 June 18, 1966: on the weigh bridge before the start of the Le Mans 24 hours race. Mirror is still there
Picture Jeroen Booij archive 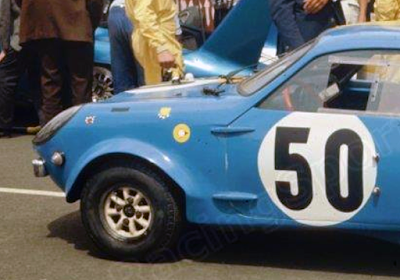 But then - in the pit street just prior to the race: the mirror is gone and the holes are taped off
Picture Philip Hazen / Jeroen Booij archive 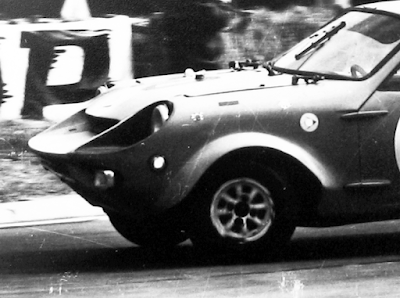 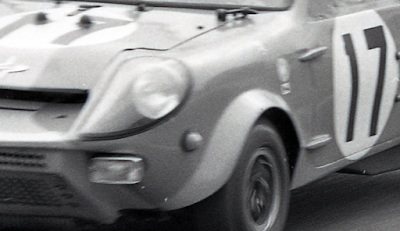 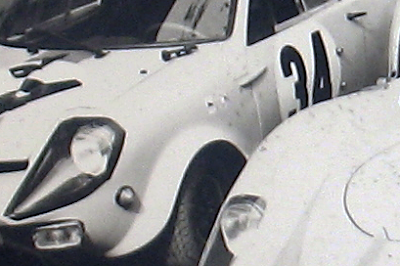 1967: the car has been repainted in 'Bleu Ciel' with an orange stripe and still there is no mirror
Picture Jeroen Booij archive 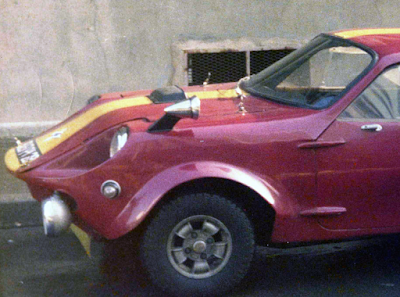 But… in 1975, prior to being stolen, it does wear a new wing mirror with particularly large pole. This one is placed differently, slightly higher up the wing and further to the front. It fits in perfectly
Picture Michel Tasset / Jeroen Booij archive