Another Mini Bug turns up in Switzerland

Abnother Swiss Stimson turned up last week in Switzerland, after it was seen for sale there by Michael Kaufmann. He wrote: "I found this car in Switzerland for sale. It's a Stimson Mini from 1974." Initially I thought it was the same car as this one, but having had a better look at Michael's photos, I think it's another car after all. Apart from the different number plate (from Luzern rather then Thurgau), it also misses that ghastly front spoiler of the car seen here before. The wheels are different, too, just like the rear spats, the dashboard layout, the number plate light and the front indicators. Although it bears a close resemblance, this has to be a different car.

I have asked Michael to make some better pictures, which he hopes to do, and I wouldn't be surprised if this car also wears a plate with 'Hesteller (builder): Lehner + Kocher' under its bonnet. I have still no idea who they were, so information is welcome. Barry Stimson couldn't remember either when I asked him last time. His comment back then: "I had only one agent in Switzerland but I also remember there was a coffee bar, in Zurich I think, called The MINI BUG. The table napkins had graphics depicting a Mini Bug....and a real Mini Bug, minus engine, set on a plinth or pole in the centre of the shop. I don't have any pix anymore…"

Information on the coffee bar is still much welcome, too! 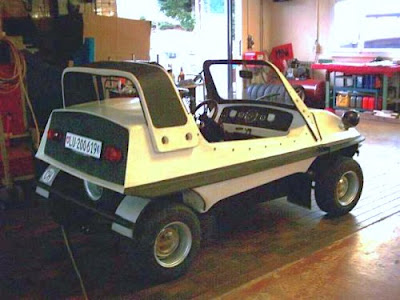 Stimson Mini Bug was seen for sale in Switzerland. I bet it's another one from the Swiss agent
Picture Michael Kaufmann 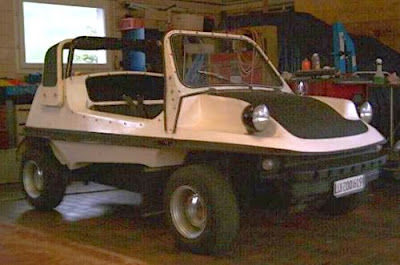 Low quality pictures don't do justice, but it has to be a sister car to that other Swiss Stimson
Picture Michael Kaufmann 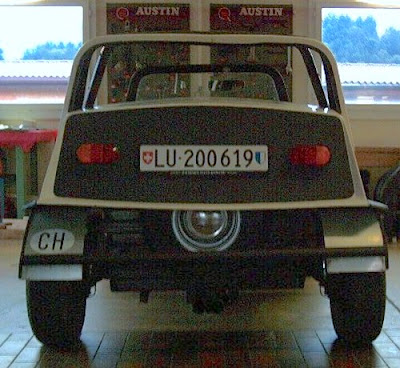 Rear wheel spats are white rather than black, and there more small differences
Picture Michael Kaufmann

This car (left) misses the front spoiler of the other (right). It also wears other wheels, spats, number plate light and front indicators and another dashboard layout. This has to be a different car
Picture Michael Kaufmann / Jeroen Booij archive