An interesting find on world's best known auction website last week: the moulds for the Fireball Midget were offered for sale from Somerset. The Midget was a Mini based racing car intended for British Midget racing, popular in the late 1960s. It used a tubular frame with a Mini front subframe bolted in at the back. Kits were sold at 295 GBP, an extra 100 pounds gave you a complete car. From the brochure: "A 'works' Fireball will be entered for the majority of races during 1969, so the work's representatives will be on hand in the paddock at the race meetings to give any type of help that customers may require." I have no idea how many Fireballs were built in the end, but I have never seen one myself. 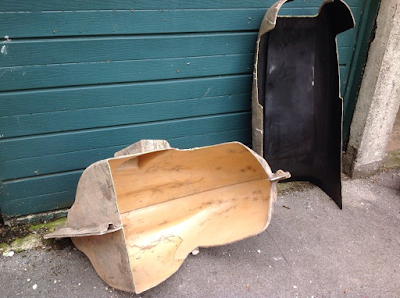 This front and rear body mould for the Fireball Midget are believed to be the original set
Picture Ebay.co.uk 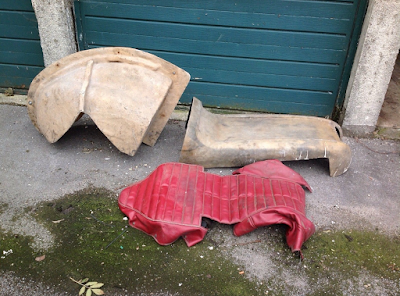 It came with 'molds for the original padded, stitched and shaped seat covers for this classic car'
Picture Ebay.co.uk 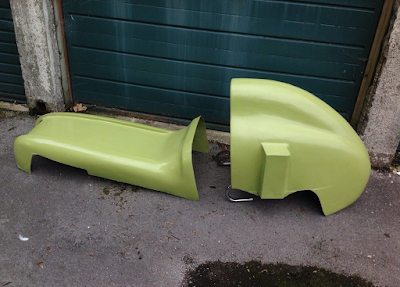 The seller also offered one set of body parts, made from the moulds. They sold, too
Picture Ebay.co.uk

Rare photograph of the Fireball Midget. I would love to learn a bit more about it
Picture Jeroen Booij archive