Time for a little update on the Le Mans Mini Marcos project. I spent the last couple of months mainly on tracking down parts for the car, some of which proved very difficult. To start with the wheels, I managed to track another ultra-rare set. Working from an ever-growing photographic database, I found out that monsieur Hrubon and his little team probably used three sets of wheels at Le Mans, one of them being early magnesium Minilites, the other two ultra-rare magnesiums made by Deep Sanderson man Chris Lawrence and his mate John Pearce (of later JAP Magna fame) in 1964. They are slightly different from the later magnesium Tec-Del Minilites, although you have to know. I think Lawrence and Pearce may well have sold the design to them. How many sets they cast back in '64 is also unknown, but there cannot have been many. Two, three, four perhaps? The Deep Sanderson 301 Le Mans entry used them in 1964 (not during tests and not in '63 when they ran on steels) but the only (kind of) current pictures of these wheels that I knew of could be seen on a Unipower GT that's in Japan. That was all. Now, as I wrote before Philippe Quirriere found what has to be the original set of my car back in his vast stock, but I recently got hold of another set! Mini racer Bob Bennetts contacted me months ago that he had a set of four, too. It took some time to negotiate with Bob, but eventually we managed to make a deal and I picked up the wheels last August in the UK. By this time they are fully refurbished and shod with the correct Dunlop Racing tyres, ready to roll.

Oh, and there is much, much more. I now also have complete sticker sets as worn at Le Mans, not one but two of the correct Sprinzel Rallye 2 seats, the five Marchal parking lights needed, which are very hard to find if you don't want to spend 200 pounds each on them and even the ultra-rare fuel filler cap that was a mystery for such a long time! I'll make more pictures soon. 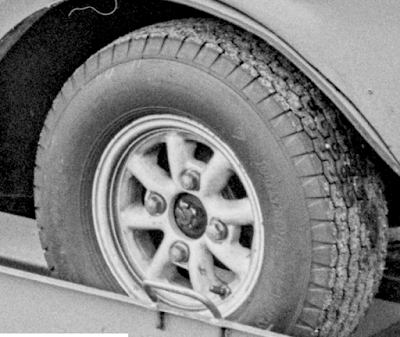 The wheels on my wagon, set 1: Lawrence/Pearce made magnesium wheels in white
Picture Jeroen Booij archive 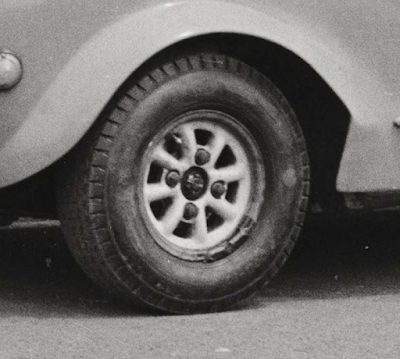 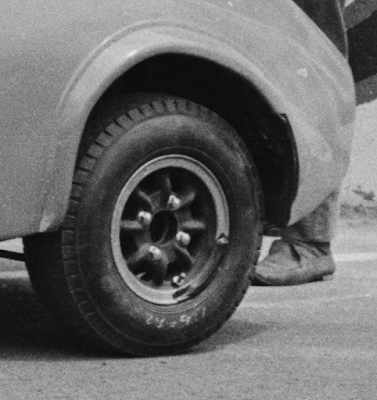 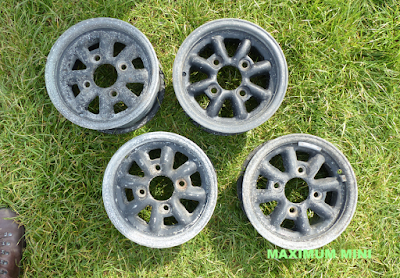 This set of the 1964 Lawrence/Pearce wheels turned up recently. They are fully refurbished now
Picture Jeroen Booij 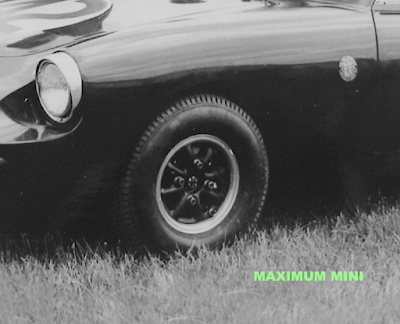 Seen here in similar colour scheme, as used on the 1964 Deep Sanderson 301 at Le Mans.
This set may well be the same one as seen above..?
Picture Jeroen Booij archive 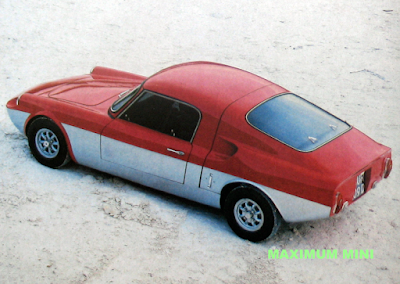 This Unipower GT wears them at the front, too. The car is in Japan now. If you have ever come across these wheels yourself, please let me know
Picture Jeroen Booij archive