I promised a little update on the Philip Oram Riley Special, also known as the Little Red Booster, that was bought by Scotsman Kevin Murray earlier this year (see here). I found an article on the car in an old issue of Auto Performance magazine and another written by the car's builder himself on the MiniSpares website. Welshman Oram bought the car in 1974 as a standard Mk1 Elf (for 55 pounds) but started modifying it immediately. Several engines went in, from 850 to Austin 1100, and MG 1100 rebored to 1150. Oram: "We toured Scotland in it, went on honeymoon to Cornwall, went camping in it all over the UK I finally insured it in my own name as it was in my Dads name for years. I also took it over to the 1980 Le Mans race and toured Brittany.

In the early 1980’s rust was eating its way into the body and so Oram decided it needed work and so started to drastically modify it as a fast road car with... a spaceframe. Most of the steel body was retained although the front was treated to a fibreglass flip front with impressive 4" bulge. The arches were widened with an equally impressive 5" flares all-round and the boot lid was now fibreglass, too. Now a short stroke 1298cc race engine was used to drive it and when finished after some 18 months, it was for the first time used for a hillclimb or sprint event every now and then. Oram: "I looked at 1430cc engines but I knew I needed a lot more power to be competitive. I wanted to supercharge the car but it was working out too expensive so the chap who sold me the short stroke engine managed to get me a lot of the turbo parts from British Leyland and from the racing Metro Turbos that Tony Pond raced in the BTCC’s. Turbo, head, block, dog box etc... I first ran the car at Pembrey and got my first award: a 3rd in class…I was chuffed to say the least as the car was still running low boost. We then fitted a 15lb actuator plus a bleed off valve for even more boost and the car really took off, literally it was a real handful as it could spin its wheels in any gear on road tyres... 'The Little Red Booster' was born. It was given that name by a fellow competitor. We had a great summer racing and I won a several events and famously beat a SWB ex works Audi Quattro Sport in Gurston Down’s 100th meeting by a 100th of a second."

However, when the regulations changed in 1991, the Elf could no longer race and was taken off the road and stored in Oram's garage. He then started a family, raced different cars (among them a Cox GTM) and almost sold the Little Red Booster. Almost. It stood there for years and years until the plan came to rebuild it with a very different engine. Oram started modifying the space frame, but that's when Kevin came in and took it home to Scotland. What's next? I'll give you another update when there's news. 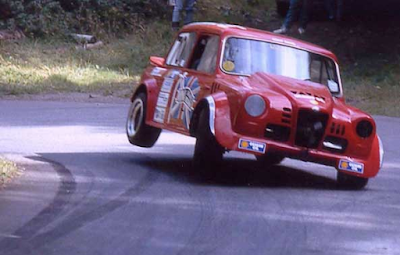 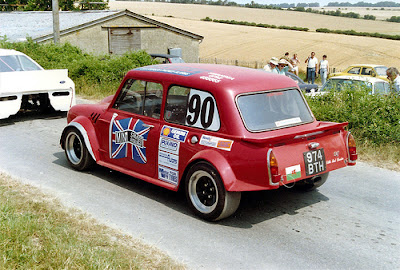 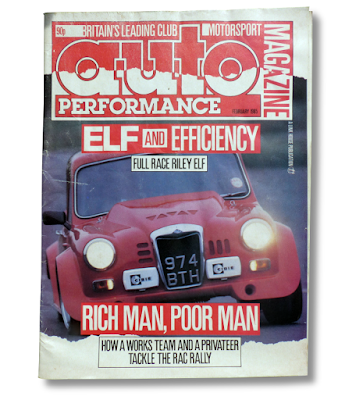 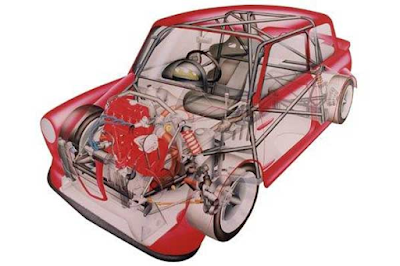