There was some consternation lately about the sale of a Mini that was coachbuilt for the late ballet dancer Dame Margot Fonteyn (1919-1991) earlier this month. The car is an 850 Morris Mini Minor that was built in October 1961 and sold to Fonteyn and her Husband Roberto Arias, who was the Panamanian ambassador in London. '300 BXM' still retains its diplomatic CD plate under the rear number plate. In late '61 the car was sent to a London coachbuilder for paint and wicker work to be added and a change of colour is recorded in January '62 on the log book to black and yellow. Question now is who carried out the conversion? It's not unlike the mystery surrounded by Enzo Ferrari's Mini Cooper...

Bill Bell owns the unique VandenPlas Mini, which was built in April 1960 and which is believed to be the very first Mini to have been coachbuilt. He has been investigating the Margot Mini further and writes to me: "She kept it until 1972 when she moved to Panama to nurse her husband (he’s been shot and paralysed in the failed coup in Panama). The car was next given to their friend Keith Money, who was a painter, photographer and author. He owned it for the next 20 years but hardly used it. Still with a documented 25,000 miles on the clock it’s just been sold from long term storage having been used very little in the last 40 years. We have been trying to establish if Hooper (Motor services) Ltd. did the work over a year before the Sellers car. It can also have been been FLM Panelcraft who built some very special cars including a FX4 black cab with wicker work for a close friend of Margot and Roberto's: Nubar Gulbenkian."

"Either way the Sellers Hooper is a copy of this cars colour scheme and exterior look but taken to a whole different level. Any help would be very much appreciated in tracking down some early history of the car and the Hooper or Panelcraft records from the early 1960’s. It was obviously coachbuilt a good while after the VandenPlas Mini and after the Zagato Mini Gatto, but a good 12 months before the Sellers Hooper. Did Peter Sellers see Dame Margot driving her car around London and wanted the same look?"

"Len Chandler was in touch with Geoff Francis in the early 1990’s over his own wicker clad Mini. Geoff was the third generation of his family to carry out the art of coach lining and painting monograms etc and told him that the first Mini he ever applied the wicker to was the Margot Fonteyn Mini. Geoff worked from the coach houses at Buckingham Palace as a freelance. So he did all the wicker for all the major players like Panelcraft, Hooper and later Radford and W&P? Hooper where the official Royal approved coach builder for a long time before when we’re talking about, so it’s just an educated guess that Hooper where given the job and got Geoff in to do the job. But I can’t prove it yet. Geoff had a big black book of all the cars he ever did (some form of accounting book I guess) with each registration number and what he did and the cost. 300 BXM was in that book... Len and his wife sat and read that book for themselves and saw the Margot Fonteyn car in there. He can’t remember dates from over 20 years ago but he says it was in there 100%. Where that book is now is any ones guess..." 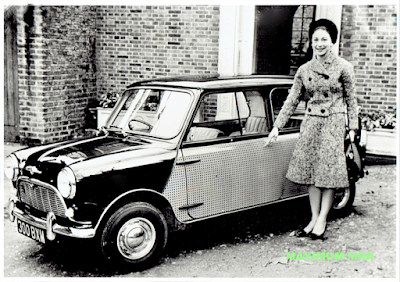 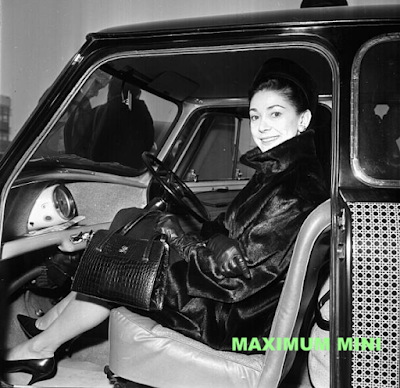 Margot in the passenger seat in February 1964. Note that the interior was hardly changed
Picture Dove/Getty 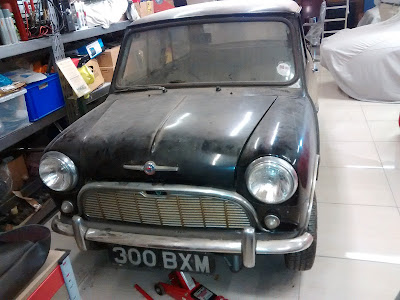 The car as it is now. Still very original and with just 25,000 documented miles on the clock
Picture Bill Bell 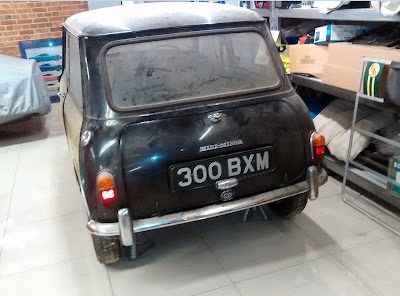 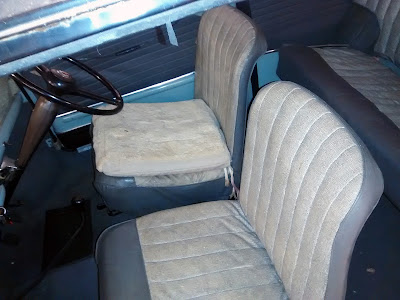 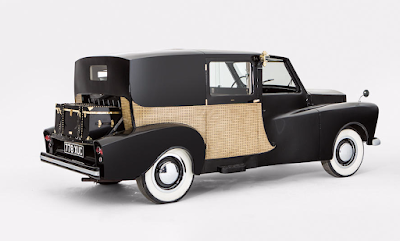 This Austin FX4 taxi cab was coachbuilt by FLM Panelcraft for Nubar Gulbenkian, a friend of Dame Margot. Were they the ones who did her Mini, too? Or was it Hooper?
Picture Bonhams auctioneers